What is Controlling and Why is it Important?

Controlling and It Importance

In the Denver mint a press operator sighted a problem and at first he didn’t pay notice to it but what happened in the later times caught his eyes. He thought the machine is running properly and it is on the full motion but later after taking a break he found that it is not in a good condition and that one from the five of the Denver mint is showing some malfunctions. The problem was investigated later and it is found that nearly 50,000 coins are produced and they are not in proper condition to go to the market. Just think about the situation where you may get some of the faulty coins from the mint. Now these are essentially to be sent to a coin collector and it is the reason why you need to have some of the controlling measure in your company for a good and unanimous growth in the future.

Do you know what the controlling means and if you don’t then you need to gather some of the information on it. It is important for a manager to know why it is necessary to be implemented in the progress of the company.If you need to have a clear view on it. The necessity is in front of you. If you want to see and check the growth of your company in a regular basis then it is highly important to have some controlling measures on your staffs. This is going to be helpful if there is any kind of malfunction in the department and in production. A timely evaluation is important thing for you.If you do that correctly then the progress of your company will be clearly visible. Effective controlling is a factor to be considered as a process to achieve the goal. It is really helpful for the manager and the staffs of him to achieve the goals in a distinct way.

If you have read the autobiography of David Lee Routh’s then you may have come across of a clause of him that there he wanted some of the M&Ms in the backstage but there must not be any kind of browns. It may seem a bit nasty in the first appearance but if you think deeply then you will find that it is not that bad at all. It is a well planned thing which he has thrown out of the box. The thinking of him was to check whether the productions are paying attention to him and what he says or not. He also said that if there is no M&Ms in the line then what ever they want they can set it up but a line check is mandatory before the performance and there must not be a single issue. Here what is important is controlling

You may think about what is the importances of this controlling but if you check close then you will find the answers. A company may have a great kind of staff, a good manager, a good leader and a proper and clear goal but the controlling will give those results about the progress. If there is a single bit of progress then the controlling will definitely tell you that. There are many cases where the failure of good stuffs is seen just because of lack of knowledge about the controlling factor.

If you look back then in the chapter 8 you will find that goals are described but if you have goals in your mind and the staff is ready to do what you ask them but you don’t have proper direction then you will definitely fail. Having the idea of what must be done does not give you the idea of getting success. It needs a proper way of approach in which you will find the shortest way to achieve the desired place. In the old days there is a saying that “the best-laid plans often go awry”. As a good kind of manager it is important to check whether the employs are working efficiently or not and it is important to have the check done in a daily basis.If this thing does not happen then they will be misguided and they will never know in which way they are going and whether or not in the future they will achieve the goals or not.

The most important thing is to work with brotherhood. In some cases it is seen that the managers never try to unite the people. If the staffs get united then the performance of the work will be raised in a different level. Just need to thanks the thought or controlling because with the help of it you will never face any kind of potential threats in the future. There will be only a growth of performance and nothing else. This is all a company needs.

The final thing which must be done with controlling is protecting the association and the assets of it.It is important for a manger because now an organisation faces many kinds of threats and some of them are natural disaster, work place violence, financial problems and many other things which are not associated to the organisation like terrorist attack. A manager’s duty is to give proper protection to the people of the company and fight against these threats for a good example of controlling. 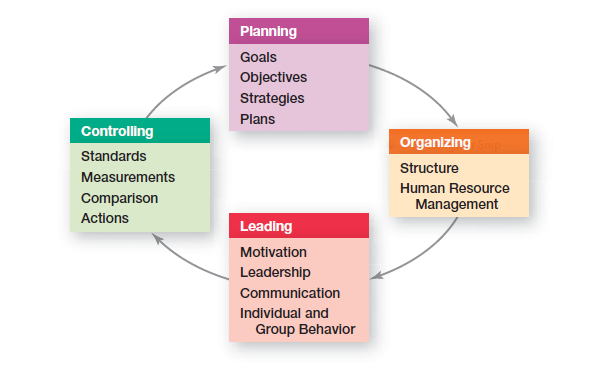