In order to do exercise like this, you require a person around who is cooperative in nature and is interested to be a part of the interviewing process.

Selector: Did it occur to you that you could have been misled? If yes then state when and why?

Were you feeling that the interview was getting out of your grip? If yes then state when and why.

Candidate: tell whether you found yourself at ease during the interview?

Did the selector mislead you ever during the interview? If yes then tell when and how.

If the selector failed to following up with important points, then tell when it occurred and what were the points?

Did you feel disturbed in the way that the notes were being taken?

Does the selector possess a full set of data regarding you? Tell whether you can guarantee that all decisions made on you is sound enough in nature?

Tell about your experience of interview.

II.1 in spite of many criticisms, the selection method of interviewing remains highly popular. It forms a really central figure in the process of hiring different people.

II.2 the typical strategies used in interviewing is usually very open in nature. It solves many problems and also reduces stress.

II.3 the different amenities of interview include the opening of the initial assessment of the mutual type. The gathering of data in a very logical manner and including topics such as key issues is quite important. The closure of the interview actually prepares the candidate for the process to follow.

II.4 There is aspects of interviewing which include preparation of a timetable as well as preparing a good setting for the interview.

1 The examination or process of selection interview makes an assumption that the applicant is really looking forward to develop into an employee of the company. State the way in which the interview would have been seen if the interview of the applicant was in the form of a freelance contributor rather than a regular employee.

2 Tell your reaction to a comment such as – “The HR department is continuously looking for my assistance. I am really busy and cannot spare time for it. I wish the HR did their job well and send me the person when everything had been completed and the new employee is prepared to begin with proceedings.” This is coming from the mouth of a manager in the operations department of an airline. 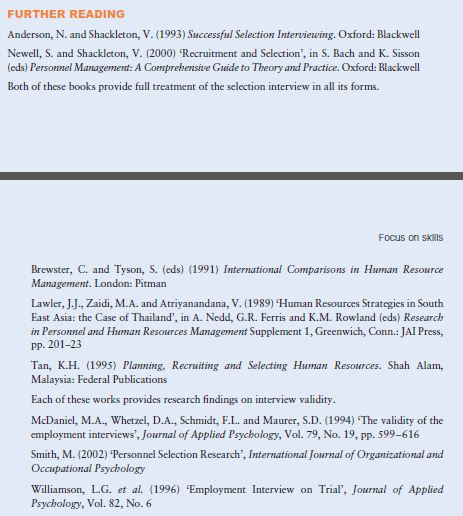 The procedures of selection and interviewing of individual varies across different places. The focus that has to be made on skills and other such stuffs, that actually has its origin in practice of the Anglo-Americans. You can get some insights regarding the practices in various situations in the works mentioned above. 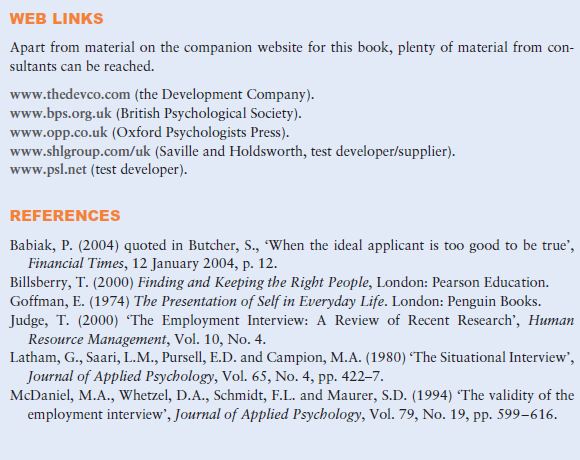