According to the newton’s second Law of motion F = ma

This also expresses that if forces are applied and act on a rigid body, then

Angular momentum of its centre of the gravity = Acceleration of G or the center of the body.

It means if the different forces are applied on the rigid body then their sum will be the resultant of all external forces. It means

till the end magnitude of the force in your equation

Resultant of all forces those act on a body.

Now, what are the conditions of forces those act on a rigid body? To get its proper answer look at the following figures. 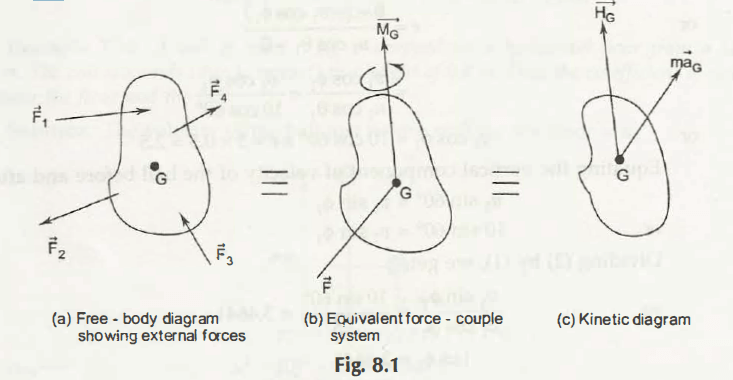 According to the second law of Newton,

Where, m is the body mass.

Now, it is clear that how force mass and acceleration are related to each other and how gravity plays an important role in finding out the relation.