In order to evaluate that what happens in case two different forces act on a similar object, it is quite important to learn both the direction and the magnitude or the extent of bot the forces in order to compute the outcomes.

When there are two different forces and they act on a single point unit, the resultant (also known as net force) can be analyzed followed by parallelogram rules for addition of vectors. Free-body illustrations can also be used as a suitable method to record the movement of the forces acting on a given object.

It is important to note that the forces generally act in a particular direction and they have different sizes which depends upon the factor that how effective the push or pull factor is. Now because of all these dimensions or one can even say features, forces can be categorized as vector quantities. 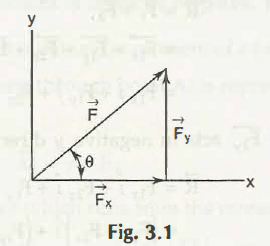