Management research has made great progress in understanding as well as predicting the motivation of employees. Here are a few theories of motivation which will help you understand the situation even better.

How to motivate during tough circumstances of the economy

The recent recession of economy was very difficult for quite a lot of companies and organizations. Budgets became very tight and layoffs were becoming highly common. This was a very challenging situation for several managers. Therefore, it was not easy at all for managers to keep their employees motivated during this kind of a situation. Thus, the only thing that managers could do is show how he or she cared about their employees and how they can continue to grow and learn from this experience.

Nowadays managers in companies just assume that the motivational program which is being carried out there is also being carried out in other geographical location and that others are comfortable with this theory as well.

Most of the motivation hierarchy only fits well with that of America. Moreover, the need for achievement is also highly American biased. The characteristics of accepting a certain degree of risk and also the concern regarding the work performance is present among the Anglo-American countries like Canada, United States and Great Britain however, these are absent in countries like Portugal and Chile.

Equity theory is followed more in the United States. It should also gel well with other countries as well. Employees all over the world tend to perform much better if they are rewarded fairly well. Thus, there is no such need to modify the practices because it seems to be fair for all the employees. 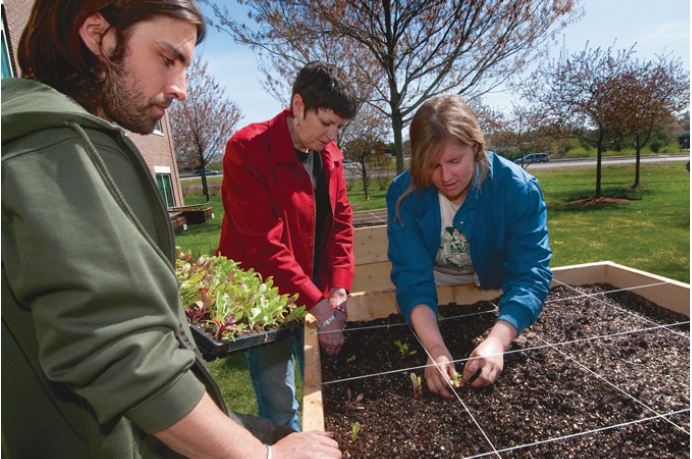 However, despite these differences, cross cultural motivation is consistent. A study was made with seven countries, people in Israel, Belgium, Britain and United States ranked number one in interesting work among 11 such goals of work.

How to motivate unique worker groups

There are various companies which allow their employees to dial up or down their responsibilities so that they can fit in with their professional as well personal goals, one such example is Deloitte. The task of motivating employees is never easy. Several employees have different interests, skills, aptitude, abilities, personalities and different needs. For instance, there are a few customers who are only interested with the personal work and thus, only want their monthly paycheck and nothing more than that. Some of them are not all interested in making their work life more interesting or challenging by increasing the level of work. Therefore, you can understand that if a single organization has so many differences, it must be very difficult for the manager to produce an effective motivational requirement. Due to the diverse kind of people, there are contingent workers and also employees with ow skill and minimum wage.

How to motivate a diverse workforce?

If you need to motivate a diverse workforce, then the only thing you should be thinking about is flexibility. According to recent studies, autonomy in work is very crucial for men than women. The opportunity to learn more and to get more exposure is very important for Gen Y employees. h=However, older workers are generally more interested in good structured opportunities for work. Managers who can understand the need and requirement of every employee will be able to motivate the workforce more efficiently. Telecommunicating is also one of the best job alternatives. Some workers cherish the idea of informal communication at work. It helps to satisfy the social requirements ad needs of the employees, it also becomes the source of new ideas.

Flexible work arrangement helps to motivate employees. However, both positive as well as negative relationships are found that greatly affect the employees. As the number of hours spent at telecommunicating increased, job satisfaction started decreasing and then got stabilized after a point.

How to motivate professionals?

Professional and non-professionals should be treated differently. The reason behind this is that professionals tend to have more commitment and expertise in their field of work. The prime motivation of professionals is not money and promotion; instead it is the kind of work they do. They are generally ranked higher and they are well paid at their job because those who love what they do generally perform well than others.

Whenever they come across some kind of problem, they do not just avoid it; instead they try to tackle it in order to find the right solution to it. Even if they are not rewarded, the reward for them would be the solution of the problem itself.

Thus, in order to motivate people like them managers should try and give more problems to solve. However nonprofessionals have several other interests outside work therefore they can compensate whatever was rewarded to them outside their job life.

How to motivate contingent workers?

You can refer to them as temporary workers also. Temporary workers ae not so by choice but some are there out of luck. The best way to motivate these temporary workers is by making them permanent workers. They should be given an opportunity to train. Getting a job is highly dependent on the skill and interest of the employee. Therefore, if they are given proper training opportunity then they will get motivated to work well and get a permanent job in the company itself.

How to motivate employee with low skills and low wage?

The only way to do is by organizing programs which recognize employees. Some might think that money is the only motivation. However, that is not it. The company cannot afford to spend money on employees with minimum skills and low wage.

The primary goal of this design program is to get the employees to start thinking like their owners so they can see the impact of the decision that is being made by them. There are several employees who do not have the sufficient knowledge regarding finance. Their background is not so strong, thus they need to be taught on how to understand stuff regarding the finance of the organization. After the employees gain sufficient knowledge regarding finance, the managers should start sending appropriate numbers so that they can link the amount of effort they should give and the level of performance they should put into doing their work.

This form is goes very well with the recognition theory of several organizations. You can either congratulate the employee in private or you can even recognize the employee publicly whichever you think best deserves. It was during the recession period when the managers how creative they were when it came to recognition and appreciating their employees. Some might think that it has no value; however the truth is that it comes handy in the long way.

Recent statistics showed that around 40 percent of the employees can see absolutely no link between their pay and their performance or hard work. This is very much compatible with the expectancy theory. Every individual should know the proper link between performance and reward. Each and every organization should follow this trend because at times only money can motivate employees. If the performance rate goes down then the reward also goes down. These two are directly proportional.

Around 80 percent of the companies in the US have some kind of pay plan for their employee because studies have proved that this kind of incentive has brought positive impact to the companies and there was no negative outcome.

Employees should get the clear indication that however their performance is; it will get converted into dollars and will show in their paycheck.