Case Application 1 Too Big to Change

Too Big to Change

This is completely unimaginable. After such long years everyone thought that it is too big to fail. The GM company still on 1st June, 2009 filed for a bankruptcy protection, which is the 2nd largest bankruptcy if the history. The largest was World com. GM declared that it has dollar 172 billion debts & dollar 82 billion assets. The company did not make any profit since the year 2004. So if you ask any accounts students he will surely confess you that this ration is not at all in an equilibrium stage in the balance sheet, especially when this organization’s company equity is worthy too little. 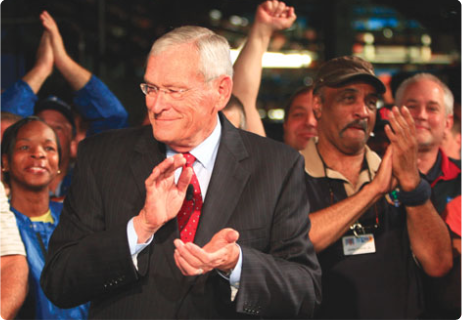 The CEO of the GM company who, Fritz Henderson who was given the post on the year 2009, new very well that this company needs a change. According to his vision the changed organizational cultures revolved on 4 guidelines: accountability, risk taking, speed 7 customer products focus. GM also tried reinventing itself before. GM tried to impose several cultural changes before but its departments, brands and other sectors did not allow it to do so. But this time GM’s executive openly declared that this time the thing will be different. As there was bankruptcy 7 selective elimination of leaderships. But things were not really changing. Despite the CEO’s continuous efforts, he was fired on 1st December, 2009 by the BOD. Because some of the members of the board felt he was too radical or rather not capable enough for changing the organizational culture. He was replaced by Ed Whiteacre, the very respected and retired retired chairman of AT & T.

He has to face a vast number of challenges during the change period of GM. In a recent meeting of the executives and CEO describes why this happened. This meeting was held on to approve the launch of new trucks and cars. Before the executives started showing the projects, charts and presentations they had prepared, the CEO asked them to stop and asked them why this meeting was held? He dismissed the plan & suggested group disband the regular Friday session. But it is not only the top managers who did it. He tried a lot to change the problems which made the total process slow. In past small decisions used to be pending. He had given his executives to take decisions as soon as they are made. No need to wait for any approval. This is the greatest cultural change that he is trying to make. Changing GM’s corporate culture is not quite easy, but he tried his best to change the culture so to make GM the automotive icon which it was once.

With White acre’s initiative to bring change in the culture the company got back its name and position and achieved profit in the beginning of 2010. From being a CEO he was made a member of the BOD due to his endless efforts.