Global Trade cannot be considered as a concept which is very new. If you have gone through the pages of the history book your have definitely found that one country used to do trades with other foreign countries centuries ago. This concept of global trade can be considered as one of the most lucrative ways to flourish the business. Now if you think about the control of the global trade two most important things take the most effect on it. One is trade mechanisms and the other is Alliances for Regional Trading.

In case of global competition prior one country used to fight with another country. One can surely remind about the fight between Japan and United States, Germany against France or Mexico against Canada many others. However, now this concept is getting changed. Now the regional agreement for trading is going to play a huge part in case of global business competition. One can find out plenty of such examples like EU, ASEAN, or NAFTA.

EU is considered as the European Union. In the year 1992 twelve countries started this trading concept in Europe. Before that there were controls of the various nations in Europe for border taxes, policies, subsidies and the industry was protected to that particular country. Because of this boundary division various European countries faced a lot of difficulty to raise their business to the next level.

When this new concept of regional trading came into market the boundaries were waved and this is why more investments and employments came in the different countries of Europe. Now it has 27 European countries in the agreement and thus they have surely increased the business. If you take their overall accounts it will be 31 percent in comparison with the total output of the economy in the whole world.

The generation of Euro can also be considered as a trademark in case of business development in Europe. Except UK and Denmark all the countries that are in the agreement use Euro as their European currency. They are also going to sign a treaty from the different countries in Europe to create the same legal frame under which all the European countries will get the tools to cope with the challenges of energy, security, globalization and Demographic changes in Environment. 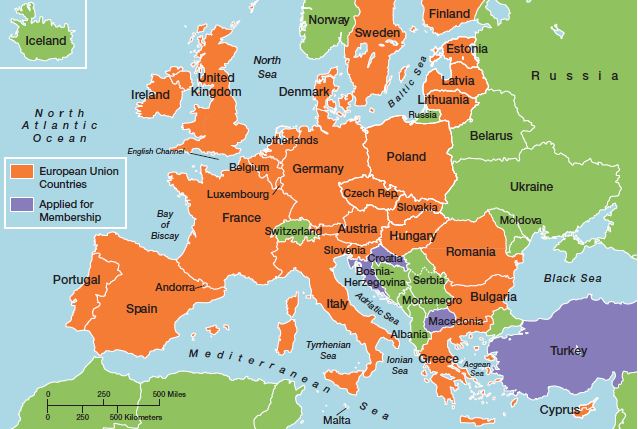 The last few years can be considered as a tough time for the European countries if you take the same on economical ground. Now, in such a big place like Europe where people of different cultures and economical condition live it is extremely difficult to start with one currency which will be considered for the business. However, to make the business with bigger expansion they believe in this concept only.

In the same way NAFTA was made in the year 1994 and since then the battle in business between Mexico and Canada has come to an end. They are now developing business hand in hand. For example Bomberdier which is a Canadian based company is preparing flight controls, fuselages, and the electrical harness to help the Mexico Aerospace industry. On the other hand the plants established in Mexico are trying to cut short the production cost of Bomberdier. Thus doing the business together they are becoming an amazing unit for the aircraft in the overall market of Latin America. It is true that with the option of global trade Mexico has not got the desired development. Still a lot of young people go to United States in search of better job from Mexico. So, Mexico has not become a richer country in this way.

A lot of countries of Latin America have also become a part of the free Trade. Countries like Columbia, Coastarica, Hondurus, and many more have now joined the agreement. There is another trade agreement called CAFTA (Central America Free Trade Agreement which was made to promote the business between the five countries like Costa Rica, Hondurus, El Salvador, Guatemala, and Nicagagua. However, right now only two countries Costa Rica and El Salvador have signed the agreement whereas the other countries are thinking of changing their laws to join this agreement in future.

FTAA is coming up as another trade agreement among the ten countries in Latin America. However, still there is no significant development in making the right agreement with the other countries. It can surely be said that the Global trade concept with EURO, NAFTA and other regional trade agreements is going to play huge role in world economy in near future.

Association of Southeast Asian Nations can be considered as a big trading alliance where ten countries have participated already. Countries like India, New Zealand, Australia, China and many more have also discussed in trade talks regarding various trading matters. However, as the economic standard of the different Southeast Asian countries is different the common agreement with the standardized global trading process could not be developed. However, recently ASEAN and China have started a free trade agreement and it has become the 3rd largest trade bloc in the world. Within 2015 there is a great chance that ASEAN community will be able to allow capital, skilled worker, and goods among the member countries. 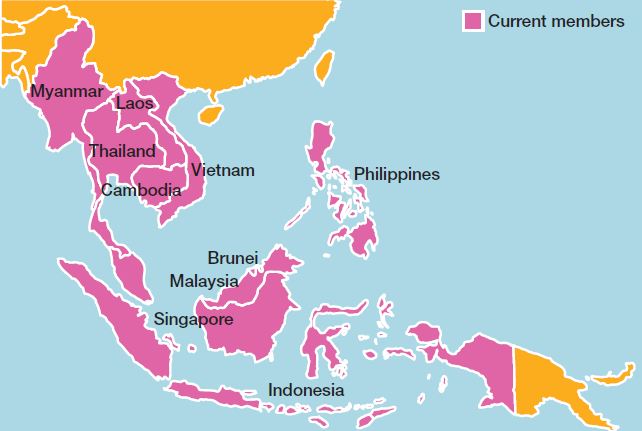 NAFTA and EURO are already the rivals being the two biggest trade blocs but as ASEAN is developing day by day there is a very higher chance that within a very short time they will also be a rival for both these free trade agreements.

In the other parts of the world the alliances are made for better trading opportunities. In 2002 African Union started their journey with fifty three African nations and right now they have successfully created a peaceful Africa. Their perfect plan for economic development is increasing the unity among the various African countries. Five African countries have already developed East African community in which you will find countries like Uganda, Kenya, Burundi, Tanzania, and Rwanda. With this agreement all these countries can sell their goods across the country borders without any kind of tariff.

World Trade Centre is formed after the World War II and being a worldwide organization with the membership of 153 countries and along with thirty other nations as observer it is playing huge role in creating a perfect balance in global trading. As per some of the critics because of such Global trading organization like RTO the scope for the natural trading and jobs are becoming lesser one cannot deny the fact that it is controlling and protecting the various aspects of the global trade. They stood against the censorship in the in the internet access which happened in China. Because of such worldwide organizations the Government of different countries is also getting the opportunity to create an open space where the better trading opportunities will come up with the overall economical development of the various nations.

OECD has also played huge role in developing the economical condition of their thirty member countries by making the standard of life far better for the member countries. They have created more opportunities for employment. Established in 1947 this worldwide organization has helped to strengthen the overall economy worldwide.