Bore is the inner diameter of the cylinder

The piston extreme position which is at the bottom of the cylinder is called as bottom dead centre (B.D.C.)

The distance between the two dead centres which is also the extreme positions of the piston is known as stroke length. Stroke length is just equal to the double of the crank radius.

Volume of the Cylinder is the total of clearance volume along with swept volume.

Total volume of the cylinder ratio which is that of the clearance volume is known as compression ratio (r).

Mean effective pressure states the constant pressure in theoretical fieldin which the work which is done during volume changes V5 is the same work as done in net work. 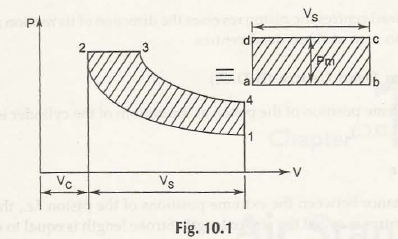 In other words, we can say that the mean effective pressure is theoretical constant pressures which have produce similar net work during power stroke, when it is acted on piston developed in one cycle. 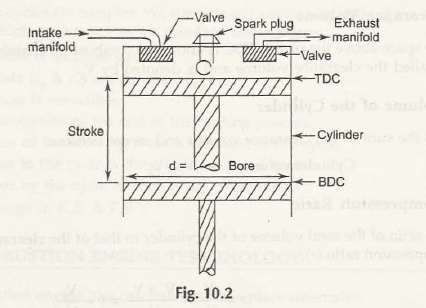