Generally, A.c. generators produce emf which is sinusoidal. Thus, the relationship between the induced emf and the time taken is given by the following equation

The RMS value is the square root of the mean value of the obtained squared function for a cycle or half cycle. This value of RMS is generally used for all power calculation. The root mean square value of AC over one cycle is given by the following equation, 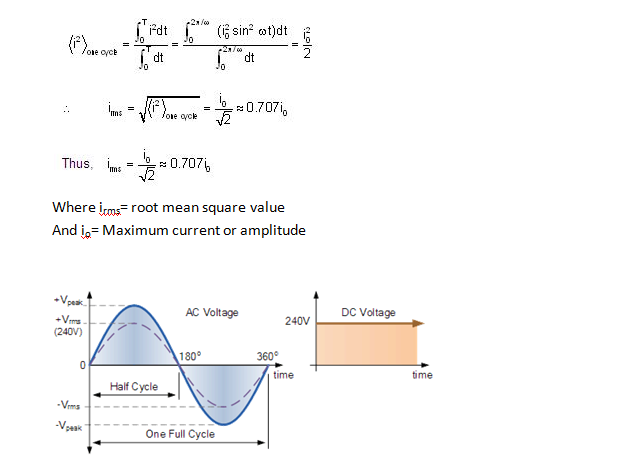 The following equation represents the derived relation between the average value and the peak value, 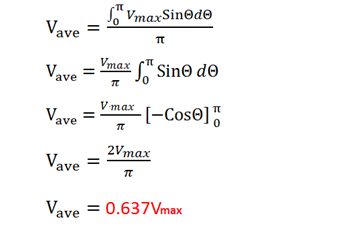 Average or the mean value of the alternating current or emf is ‘0’ over a cycle as the positive and negative values get canceled.