With the increasing distance between nucleus and electron, its energy level (electrons) also increases. So if you see the last orbit, the energy of the electron is the highest in comparison to electron’s energy in the first orbit. This energy variation follows through each orbit.

These focused electrons having high energy have less bonding with the nucleus resulting in their mobile nature. The mobility regarding last orbit electrons is the reason that they obtain this certain property of merging with other atoms. This combining power in case of last orbit electron related to an atom is stated to be valence electron. 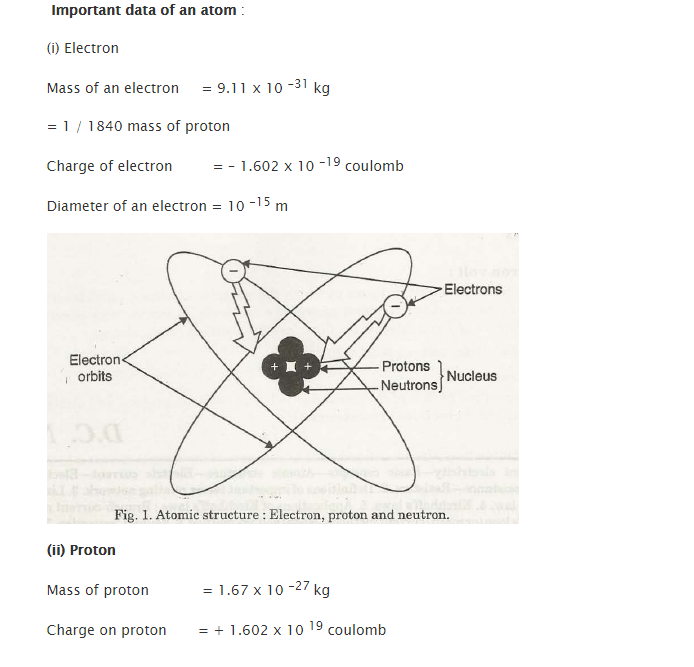 In ageneralized sense, the structure of atoms describes to be it electrically neutral. In simplified terms, it can be stated as an atom having a similar number of protons and electrons. Both of these cancel the electrical force of each other.

Contrary to the nature of charges which attract each other, atoms have the tendency to stay together. Proton’s electrical forces do have the hold over electrons in their rings or orbits. Electrical charges which are similar or are alike do repel each other. Due to this, none of the negatively charged electrons collide with each other.

A highly controlled movement regarding electron via any substance is known as current.

The movement of electrons at a certain rate is known as current.

This number of electrons passes a certain point in a second.

Unit of electromotive force and potential difference is termed as volt. In simplified term it can be expressed as a difference of potential which when across a resistance of one ohm will carry 1 ampere current.

The unit which expresses the energies related to atomic particles is called electron volt. The charge of an electron is depicted via coulomb. When a certain electron whose potential difference is 1 volt is moved through an electric field, the work which is done against a force acts on that charge. The unit of force here is newton.

The flow of electrons in spite of its opposition is known as resistance. This is because of the bonds between electrons and protons. Another factor, in this case, is a collision. It is denoted by R.

In a simplified version, it can also be stated as an electric circuit’s property which resists a current’s flow.

Electric resistances’ practical unit is ohm, which is denoted by Q.

This is expressed as a resistance where a constant 1 ampere current is involved in heat generation at a rate of 1 watt. When application of 1 volt is across one ohm, its output is 1 ampere.

It is termed as reciprocal of resistance.

A conductor’s resistance (example – uniform cross-sectional area of a wire) is mainly dependent on 4 factors.

Nature of material, denoted by p

Length, on whose variation a conductor’s resistance depends

Cross section (A), whose variation is inversely dependent on A

Resistivity or specific resistance of a substance is expressed as the resistance which is present between opposite faces of hat substances’ meter cube.

Specific resistance’s reciprocal regarding in any material is known as conductivity.

It can be defined as change in resistance (/ohm) for a change in temperature (from 1°C to 0°C). 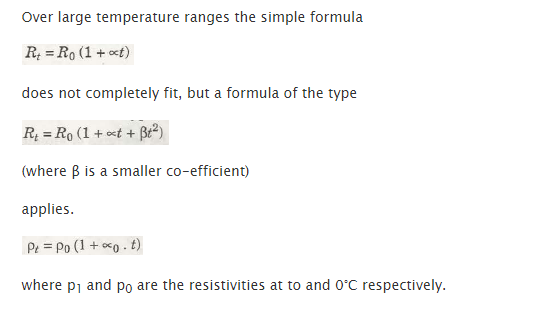 It can be stated as

Here, a conductor’s resistance is denoted by R which is between the 2 considered points.

Its linear relationship is not applicable to every non-metallic conductor like silicone carbide. Its relation stands to be at,

This relation also stands for, 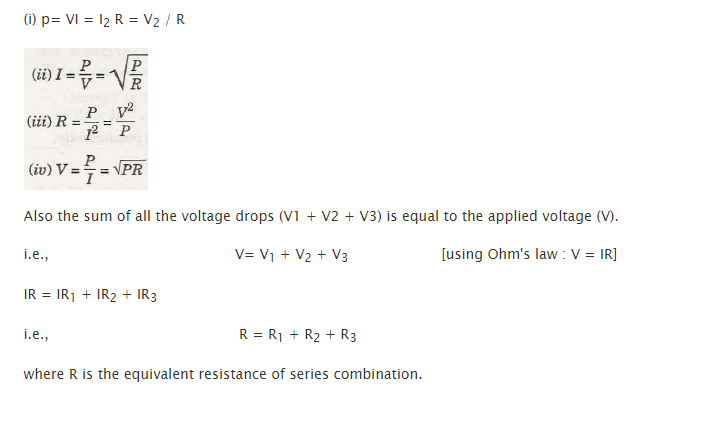 Voltage across individual resistance will remain to be similar, but its current will depend upon separate resistances’ value 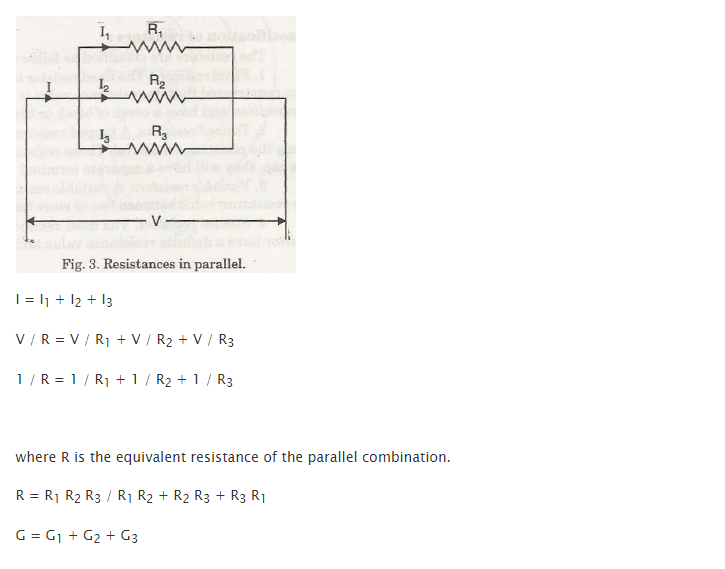 This is possible when the expected temperature is beneath 20° C.

But in case of certain metals, it is essential for them to obtain zero magnetic induction and zero electrical resistance. This property is called superconductivity.

Few of the superconducting elements are:

Few of the superconducting alloys and compounds are:

Temperature and Resistivity of Coefficient

There are 2 main characteristics of resistors.

The rating related to power may be high due to presence of several hundred watts. It can also be low to the range of 1/10 watt. Maximum wattage is indicated by Power rating which is regarding resistor. This can dissipate even without excessive heat.

Availability regarding resistors from fraction of ohm to numerous mega ohms.