This theorem is best suited to analyze the communication networks.

As we know through Thevenin’s theorem, that a conversion is possible of any network into voltage of single source. The maximum power transfer theorem thus aims in maximizing the power degenerate in RL at Rth 1 finding RL. 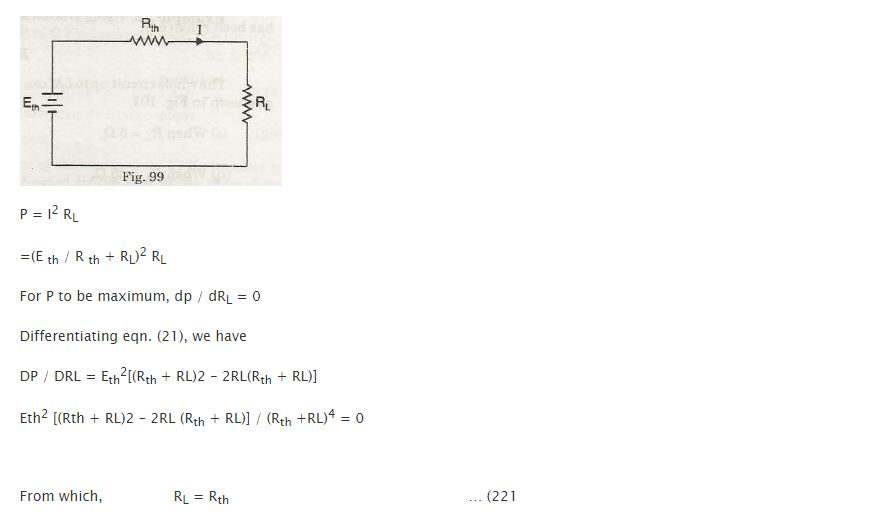 Since the value of voltage across these conditions is half of the open circuit voltage, it is not worth the calculation at the terminal L and M.

‘Load matching’ refers to the process to maximize power transfer by adjusting the resistance load which is referred in the mentioned cases:

Let’s apply the theorem in an example now:

When the power is dissipated in RL is maximum, calculate the value of RL

Also calculate its Power value and

The circuit resistance when the battery has been removed can be looked as into.

From points L and M, the network

We can replace the circuit till LM by electromotive force of single source and resistance.

as per the statement of maximum power theorem.

Therefore, The value of Maximum power drawn by