The bonds which are issued by U.S. Government are called Treasury bonds. This is no uncertainty when it comes to repayment of treasuries. The debt which is associated with treasury is issued by the treasury department of the U.S. Treasuries are of three types:

Those bonds which have a period of 30 years are called long bonds.

1.Explain the different types of treasuries.

5.3 A SHAPES OF YIELD CURVES

Generally, four shapes are taken into consideration while studying yield-curves. These are explained below:

These curves are illustrated below: 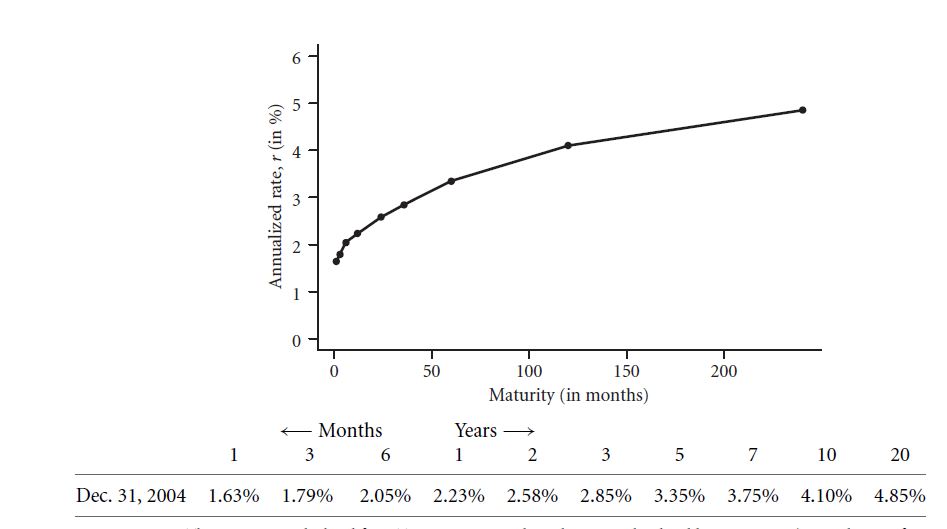 The process of interpolation is used for determining an interest rate on a non-listed bond.

There is no relation between the kind of bonds and your investment horizon. Let a 3-year bond offer 2.85% and the 1-year bond offer 2. 23%. If you want the money in one year, how will you do it? There is a provision of buying a 3-year bond today and selling it out the next year. At that time, it would have become a 2-year bond.

But, this investment strategy will give you only 2.23%, which the 1-year bond was providing you.

It has often been found that long term bonds are riskier than short-term bonds. There is no uncertainty associated with payment of treasury bonds. Let us study the effect of sudden interest rate change on the maturity of the bonds. Let us understand this by studying a 20-year bond and a 1-year note.

If the interest rate is 4.85%, then a $1000 20-year zero-bond investment will cost around $387. If the interest rate will go up, you will be at a loss, and vice-versa. The effect of a 10 basis point will change the value of the bond in the following way:

The effect of rate of interest is more pronounced in long term bonds. Treasury bonds are said to be risk-free because they return the promised payment, but the interim interest rate can change their value. Therefore, in true sense only short-term Treasury Bills can be considered risk-free.