Incentive method is followed in many countries like UK. Many employees do are not in the purview of receiving an incentive, and there are only a few employers who give it. Many people believe that recruiting, training, motivating a workforce is possible with fixed rate in an organization.

The fundamental question that HR department would ask themselves is whether they should use incentive system.  Sisson and Story have felt that many organizations are following incentive payment system as an ideological reason, especially in many countries like UK. According to them, the aim is to impress stock market analysts. They also feel that it might be a strategy of having control under management or way to cut a chance for collective bargaining.

Sisson and Story feel that incentive payment system should be used in such a manner that it reinforces the company objectives.

The individual incentive system is always looked down by academic literature, and in the year 1966, Hezerberg considered pay not as a motivator but as a hygiene factor. He asserted that pay cannot be a motivating factor but can turn out to be the perfect demotivating factor.

Thomson had said that pay or incentive had been considered as a tool used by management to cut the employee thought process and freedom. The end process would be resentment that arises from dissatisfaction.

Some people feel that incentive should be encouraged as a method of organization to reward effort taken by employees. They feel that fair reward can enhance the productivity of an organization. Expectancy theory supporters believe that employees would put their best foot forward if they feel that they would be rewarded after completing a good job.

Huselid has advocated that there is a definite correlation between incentive scheme and superior performance. Thomson has not advocated this research study model.

Incentive scheme has been found to work well based on situations, and two approaches are followed in incentive system. Incremental progression and bonus payment is one method.

Under the bonus method scheme, the employee would get a reward in stages or bonus. Profit sharing as the name implies is sharing a part of profit. Sales commission which is also a part of profit sharing is done on a monthly basis. Performance in a particular period may entitle an employee for an incentive. This does not mean that employee is guaranteed of incentive in next performance analysis. Incentive won’t be given if employee performance deteriorates. Pay rates can vary from period to period, and this would affect the morale of employee.

Individual contribution is taken into consideration under incremental progression method, and this would give increment by general pay that employer is earning. This would form a consolidation of payment and would end the risk of payment.

The extent of incentive is another thing that concerns everyone and reason are that it is considered more important than incentive type that is followed by the organization. Employee perception would vary between a 3 or 4 % increase in salary when compared with 25% increase in salary. There would be a difference in cost scheme also.

The incentive level also is an important aspect. An individual may get different incentives. A sales person may get an incentive on his sales, and he or she may get additional incentive based on the performance of his team, and then a company may give incentive for profit.

Team performance incentives had started becoming a norm as they strengthen the value of team bonding according to Prefer. 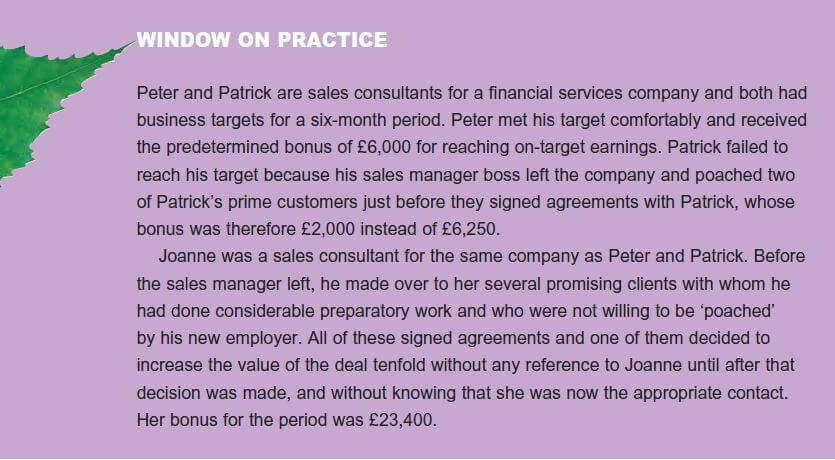