Are Grievance and Discipline Processes Equitable?

Are Grievance and Discipline Processes Equitable?

To ensure that the disciplinary action that you have taken should work out in the correct manner, it is very important that there is a support base for it. To answer the query as to how this support base will come to the forefront, it is important to note that just, fair and equitable modes have to be taken into consideration. Initially, it is the concerned employee who is held at the forefront while any such disciplinary action is taking place. However, that employee in no way can be segregated from the workforce.

Since it is imperative that for best results, you need to abide by the rules that are set forth by the disciplinary action, it is very important that there is a certain amount of fair play in the whole process. Both parties have to come down to a particular settlement, and a process of action has to start off from there.

Certain procedures have the option of being fair, in the sense that the whole conduct of relations of employees to a great extent becomes answerable to one single query as to ‘where a particular individual stands?’ Though the primary existence of a particular rule cannot be negated in any manner, the opportunities that are presented can be manipulated to a certain extent.

When a particular procedure is formalized, there are a number of ambiguities that have to be taken into consideration. The procedure which was initially merely a custom now has a wider base wherein, each of the concerned parties has to understand and fulfill their roles and responsibilities. The inconsistencies that were previously there now has to be faced with a strong stance.

If the previous procedures for responding to various techniques are used in this case as well, it becomes possible that the randomness of the whole procedure is reduced to a great extent. 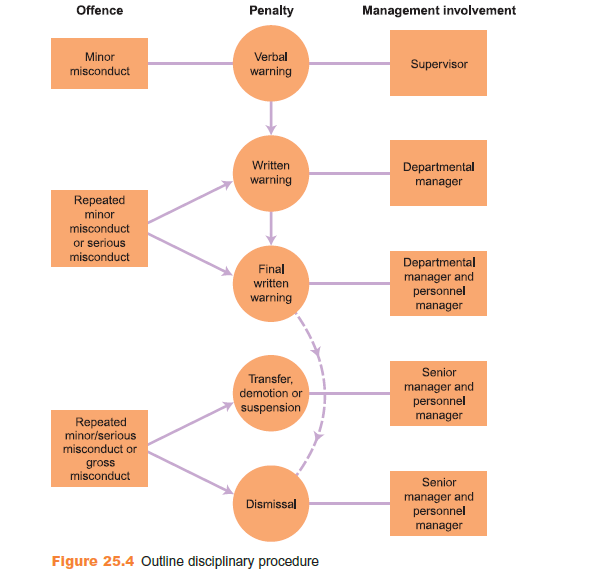 Since the nature of the procedures followed is impersonal to a great extent, therefore, the assumed hostility can also be negated. Also, an artificial social situation is created that makes regular aggressive behavior not quite similar to personal attack that is made on the concerned managers.

At times the equity reached, and the potential achieved may not be the same. So, it may happen that procedures cannot provide that level of equity which is unfair in certain cases. So an attempt can be made to cope with grievance procedure to deal with certain accepted ideas of equity in a specific organization. A fine example of this idea is asking for greater punctuality of general employees in a particular office than the set of white collar employees.

The concept of procedural equity is also similar to a certain extent to the judicial procedures that are present in the organization. Since all the concerned procedures have a legal backing, but some of them provide situations, where standard methods have to be applied for individual scenarios.

This can be explained by an example. Say a particular individual is represented and heard at court within all the legal bounding. This is a legal backing that representation procedure has. Now there are legal limitations as proof related burdens, and adhering to the previous ideas. Thus, on the whole, procedural equity follows a specific path.

The irony associated with this whole process is how the best of equity can be achieved with minimal procedures being involved. For correct management of organizations, proper management of equities has to be taken into consideration.

When the principles in this regard are followed, the total framework that is associated with this process is not taken into consideration. What is notable in this case is that, the concerned employees – whether managers or subordinates are not brought to the forefront. Hence, the whole idea of shaming a person is negated. Only when the procedural aspects have to be understood is the whole point of personal stance come to the forefront.

It is to be noted that the whole point of existence for a particular procedure becomes a matter of incentive rather than merely an excuse for not taking the correct action. An example of the same can be seen in the manner in which many doctors have simply been deprived of their license given the fact that they no longer can practice. However, the remedial action that has been taken came a bit too late.

Thus, it can be stated as acceptable that certain remedial actions come only after consistent shaming of the individual and on-spot penalization is the best option available in that case.

The ideal notion of a ‘fair play’ attitude cannot be given in a particular situation, so they are constructed as per wishes of the society, and to a great extent there is a greater degree of consensus that is associated with what the actual idea of fairness is!

However, courtesy to this procedural technique, it can be stated that the standards of certainty and consistency are exploited to the optimal standards and therefore are accepted as correct elements of justice.

The success of this technique is totally dependent on how the structure suits the local circumstances and the trust of those associated with its operational base. Also, you need to check out how both legal and bargaining elements are reconciled with each other.

Also, it is only in the areas of discipline and grievance that such issues can occur. For an HR management official, this is the area wherein they need to place ample concentration since it is directly associated with the effectiveness in a business domain.

So, for a proper answering of issues related to discipline and grievance, it is important that principles of procedures have to be taken into consideration and invoke the same in actual terms. 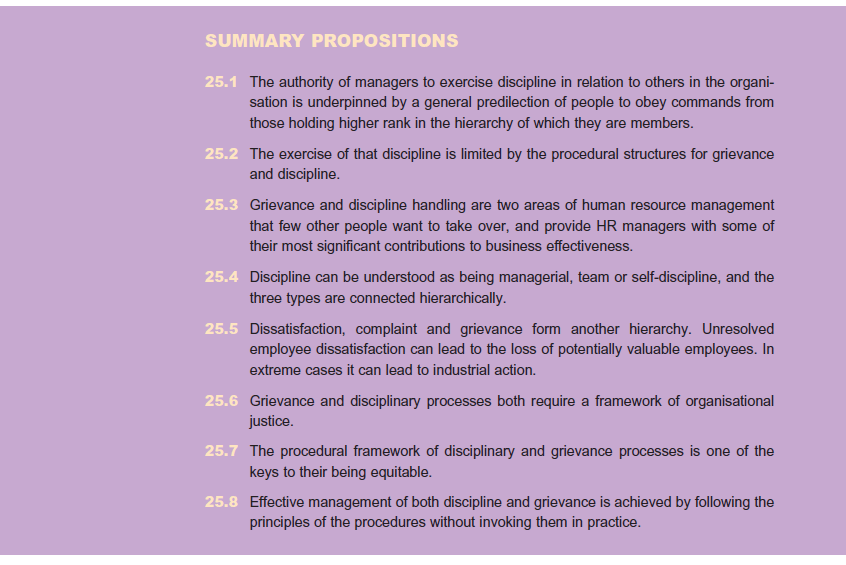 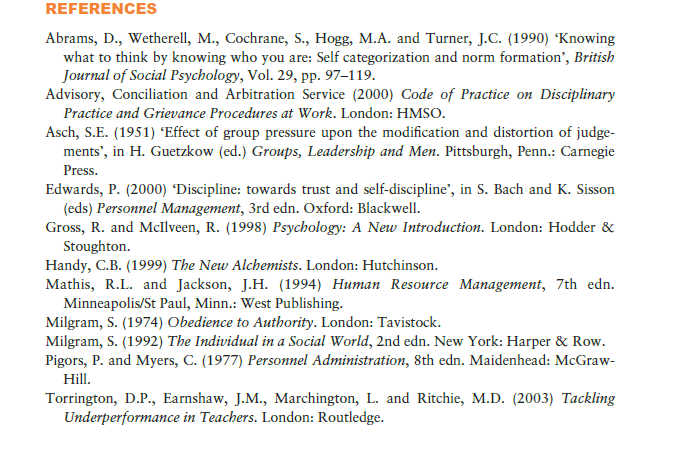