The Markov process is one of the part of stochastic process in which it is necessary for us to satisfy a Markovian equation:

There are two of transition probability:

Where transition remain fixed with time. This equation is denoted by Pij.

And is denoted by pij(n) for all i and j.

Both the equation will further satisfy two important properties:

Transition of conditional probabilities can also be represented in matrix form.

A countable number of forms, the Markovian property, stationary transition probabilities and the set of probabilities P {X0 = i} together satisfy the finite state of Markov theorem of a stochastic process {X1} (t=0,1,2,…). 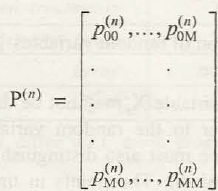 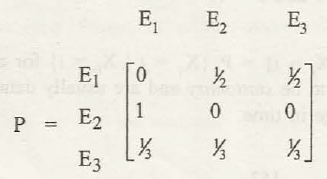 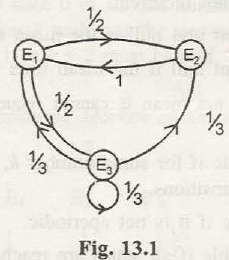