The Law of Parallelogram

According to the law of Parallelogram, if there are two forces which acts at a point to be signified in magnitude and direction through two different adjacent sides of a parallelogram, consequently their resultant will be characterized to its extent and direction by the lite diagonal of the parallelogram which passes through that particular point.

It can also be explained in simple words,

Suppose, if two different vectors are acting instantaneously on any given particle and they are embodied in direction and by their extent with two contiguous sides of a parallelogram which is drawn from a point, then their resultant or the outcomes will be entirely characterized in direction and magnitude by the diagonal of that parallelogram drawn from specific given point. 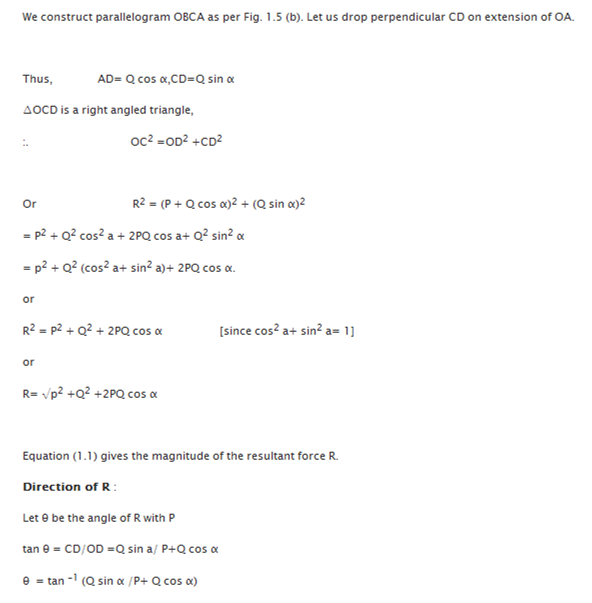