Coplanar Parallel Forces can be explained when the forces act on the same plane and also they are parallel to each other. 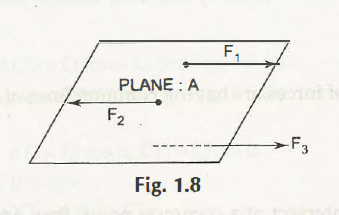 Here, in the picture there are three different forces F1, F2 and F3. They act on the same plane A, but points of forces are different than each other, however they act parallel to each other.