Well, you all are aware of this term, right? You have been hearing these two words, for quite some time now. The aim of AI is to work on computerized solutions, based on human thinking. It is basically, a method to make machines thing, on their own without human intervention. The output is the intelligent software.

The intelligence is somewhat, non –measurable. You really cannot measure the intelligence, except from the actions. There are main utilities of AI in the real world, certain things are unimaginable but achievable.

Objectives of studying AI in the 21st Century

Is one such place, where AI, has entered in high motion. These companies make use of this emerging field to study customer behavior. That is how, all products are created and advertised, targeted at the specified masses and then, rejected if found to be obsolete.

This industry has made full use of the concept. Now, you can have intelligent parking systems and braking devices, installed in cars. There are intelligent anti-theft devices that can understand when someone is approaching your car, in your absence. Then, there are air bags, which deploy on exceeding certain speed limits or on facing obstacles. These are all, living examples of AI.

This sector has made use of Artificial Intelligence, to target specific group of consumers who can probably avail of insurance policies and financial products. It is based on the demographics of the customer. The product is suggested by the systems; one particular details are fed in to the computer.

Alexa, Google Home and Siri are making waves in the AI sector, in every true sense. Here comes a device that can be your assistant in home chores and well as work. These virtual assistants, have voice interaction functions, to-do-lists, can stream podcasts, plays audio books and gives the user real-time information on any topic, you like.

Are also a rising trend in this industry? Facebook can identify, faces when you upload them. Auto-tagging is a new function which has come up. Nowadays, you simply get pop-ups, when someone or you, yourself log in to your page from a different device. Security measures are reliant on the AI world.

You can check out, different websites which have their own automated chat servers. The moment you login, a chat boxes popup and collect several information from you.

AI – A part of Computer Science

There is a big debate, going on whether these two fields are inter-related. For, students like you, who are pursuing courses in Computer Science, AI is a subject in the same arena. However, if you go deep into the subject, you will find some stark differences, in between the two.

To make matters, easy for both you and me, let me further elaborate on this. Computer Science is the study of computers and computerized systems and methodologies. It covers theoretical aspects, development in the field and software systems and devices. Computer Science covers computer systems, AI, networking, systems, programming languages and graphics.

Now, we move on to Artificial Intelligence, the burning topic here. It is machine learning, in simple words. The learning can involve some kind of supervision or it can be totally independent. It is closely related to Robotics.

The main difference amongst the two, is the principles governing both.

There is a close relation between computer sciences an AI. Nowadays, AI is applied to all areas that you can think of. Technology is moving ahead at great speed and you need to clasp the hands of AI, to forge ahead.

AI is taking over dangerous jobs in the world. Robots are performing complicated tasks, saving lives and making history. Mining and welding, involving poisonous gases are being taken care of by Robots.

You need to be prepared, for a world directed by Artificial Intelligence. AI is solving climate changes, by using data and effecting remedies for the same. The elderly are being taken care of, through AI.

Data mining, cars with self- drive and robot adviser are the call of the day. All schools and educational institutions need to start preparing their students for an AI-driven world. Form the foundation level, computer science and AI is being incorporated into the psyche of students. AI literacy has become the primary goals to fulfil, during summer vacations and through extra-curricular classes.

AI tools are being incorporated, into the normal subjects as there is lack of time. It may not be feasible to create an extra subject from junior classes. Children can be educated, through automated tools, making them more inclined towards AI in future. Smart classrooms can be the call of the day, with AI.  You will get to see, various development s and interest in children from the same.

We are now looking at a world with AI functionalities. The main way to progress is to start inculcating the habit into young learners, from day one. This ways, the function can be slowly intertwined with the current mechanisms and lead to a generation that can easily accept AI as a part of life. It is the ultimate future for us.

Be Prepared For an Ai Driven World with Computer Science

With digitization in its bounty path and technology at its smooth, swift and unperturbed pace, Artificial Intelligence is the topic in trend.

The generation has already crossed the threshold and welcomed the AI era. We people, a part of the glorious, imminent and enchanting 21st century opened our doors to the AI time zone and are excited to take the thrilling ride.

With every dawn and dusk theory, beauty and beast regime, even AI has its flawed imperfection. Thus, it is our responsibility to not only keep ourselves in check but also to train and make the upcoming generation aware of the inherent and undetected limitations of the AI driven world.

Computer science has been the walk and talk topic for every new innovator, scientist, visionary and mind engineer. With advanced technologies colouring the entire planet in less than a century, AI driven world with computer science is not a surprising era that soon is going to be a part of the tomorrow’s lifestyle.

While today AI is simply limited to tools, apps, etc. soon AI will be a partner in our lifestyle, a critical part, a ubiquitous contribution in our day-to-day lives.

While keeping in mind its limitations, one must think of how to make the younger mass get ready for handling, managing and dealing with such an era. Such lessons must therefore, be a part of the elementary syllabus to provide training to the young minds.

AI will soon take over manual tasks, desk tasks, manual labour thus, impacting employment in a great deal. Philanthropists, entrepreneurs and business of all sizes are now adapting themselves step by step to embrace the era as soon as possible.

While the race has already begun, it is equally important to reflect on changes, transformation and a myriad transition in cultural, economic, and mental constructs of AI across users, consumers and leaders of the world.

It is no more about software, algorithm or machine building; it is now about asking and thinking how and why. It is now essential to broaden our outlook while inviting an advanced level of introspection, innovation, design, while using technology hand in hand.

While AI invades into our life deep enough, we must train and teach students from the very school level. Computer science should now be a mandatory part of the curriculum so that students from a young age get to know the intricacies of dealing with a digital world.

Apart from the subject education, school should also inculcate ethics as a must syllabus to teach how unprejudiced automated, digital world is. While AI is far beyond the humanly distinctions and discriminations on the factors of creed, caste, race, colour, religion and gender, the upcoming generations are required to see the unbiased era too.

Statistics reveal that while UK and other nations have put their best foot forward to include the subject in children’s elementary education, US with President Obama’s Computer Science for All Initiative, 2016 was an encouraging and motivating step taken wisely.

While the nation is yet to wake up in dawn of realisation of how crucial the subject is becoming with every passing day, the rise in number of students taking tests such as AP Calculus AB test, AP Computer Science A (APSC-A) tests are growing prominently. However, there is more than one-third of the world that is yet to learn and implement the notion.

Soon there will be a day when students will not be working with AI alongside, but will be working on how to use it wisely. Then why not begin the process from now onwards? Sadly, the truth also reveals that Computer Science credits in many states doesn’t even form a part of the graduation course.

Computational maths, Programming, Robotics and Computational arts are some of the promising subjects that students may get to introduce themselves as an elective paper.

While encouraging students towards a fresher and newer career choice, it is equally essential to update ourselves as and how the digital invasion is taking place silently in each of our lives. So what if we teach them more than coding? More than programming?

We have ubiquitous quantum of data, handling and using them requires a level of skill especially in this computer era. While we engineer intelligence into the system, computer science can open up doors to either gender. Imagine women now who can pursue the degree and find their respectful career! Minorities will now have ample of opportunities to apply their skills. Then why not we focus on sharpening our skills?

All levels of industrial sectors, businesses of all structure and sizes are looking forward to adopting Artificial Intelligence as a part of their strategic level of management. After all AI is now the newer definition of decision making.

While businesses adopt such innovative mechanism, large number of employees is thus required to learn, adapt and grow in such a changing, transforming environment. The past five years have shown an increase of 4.5 times the AI skills in the world.

The path from computer science to AI has been gradual, magical and ever charismatic! There was a time when two decades ago, learning Computer Science was quite rare and thus, impressive. Two decades from now, AI will replace the wonder.

While students have a lot to do and learn, teachers too are expected to gear themselves up because they are in for a lot. Educators need to open themselves up to commercial and scientific application. A whole new world is waiting for us to join the pace and race alongside.

Investing in the soon-to-be-unfurled AI driven world is a smart investment that will surely yield high returns.

Marlon Brando, is an experienced professional with experience of, both the corporate world and the educational world. He has degrees in Computer science and Allied fields, with a penchant for research work and transfer of knowledge. His unique methodology of teaching makes him a greater teacher. He has also delivered the best online lectures on the subject.

← Prev: The Relevance of Electrical Engineering in the Core Engineering Sectors Discussed Here Let Your Biology Career Go 2.0 with These Five Tips for Your Career → 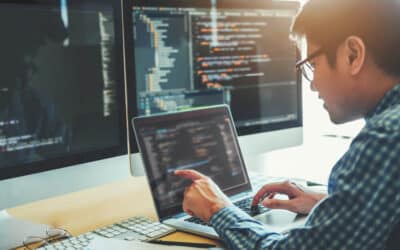 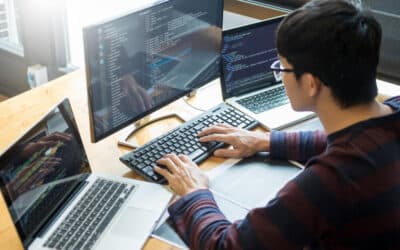