What is Management of Technological Innovation and What is Its Significance?

The growth of industries and manufacturing plants has boiled down to one single factor- how well a plant absorbed and adopted new technology.

An industrial company can never thrive if the owners turn their back on the latest technology. During the industrial revolution, the European countries saw massive growth in the number of industries because they were flexible enough to adopt the change.

In 2019, the sectors that are thriving follow that path of adapting to new technology but having the latest technology is not sufficient for the company to succeed in the current century. Every leading company must have active research and development department in place to innovate the existing technology in such a way that the concerned industry thrives.

The innovative management of technology is getting a lot of attention in recent days as it not only maximizing the output of a sector in question but also proving to be the bedrock for future technology.

The birth of Research and Development department:

A decade back, barely any leading company had research and development department as they heavily depended on the latest technology to improve the output but with every passing day, medium size companies are becoming efficient to get their hands on this technology through massive investments from banks and investors and quickly catching the big names of the respective sectors.

The sudden change in scenario forced the big names to rethink their strategy of production and gave birth to the research and development department. Now, these companies have started investing heavily in the department as in recent years the company saw significant growth in assets via innovating the existing technology through extensive research.

The process of management of technological innovation is a perfect blend of art and science. The method of technical innovation involves technological core skills to deliver the output in one hand and on the other hand, identifies the changes to the technology that needs to get done via innovative thinking for a better future for the company. To achieve the desired goal, a series of steps needs to get followed which can be done by following a proper framework, tools, and flexible thinkers to improve the existing technology.

In the blog, we will try to explain each step of technical innovation through relevant examples. The first step begins when the owners of a firm take the decision that they need technological innovation to thrive in the competitive market.

Once done with that, the decision makers of the firm must address the policies and strategize their new objective; by doing so, they give the R&D department of the firm a proper path or vision to work for the future. The next step involves assessing technological innovation.

In this step, the decision makers and technical people of the company of the company sit together and identify how the existing technology will get innovated so that the new vision of the industry can get achieved. The second step in the process of technological innovation is essential as it gives a reality check to both the decision maker and technical person and helps them to remain sync with each other.

Once done with strategizing, the next step involves implementing all the ideas and strategies in place and delivers the end of the product. It consists of developing and building a portfolio with new products.

Once done with developing and building of portfolio, the fourth step involves the execution of the said portfolio or in other words development of the new product. The fourth step may get regarded as the final step as the job of production of the product is done, but another step follows the fourth.

The last step of the process is the study of all the factors which the efficient workers of the R&D department learned while executing the entire production process. The final phase also involves the research to introduce the new product into the mainstream market.

The scope for small-scale businessmen:

While reading the blog, our reader might think that such kind of massive initiative can be taken and achieved by major industrial companies, but the real picture is somewhat different. It is found that the small scale businessman with a limited budget can play a leadership role in identifying and modifying the existing technology.

They may not have a high-end R&D department but their hunger to deliver work with a lot of constraints gives birth to technical innovations. As the small-scale businessman has a limited financial resource, they try to invest in initiatives and technologies which will help them to achieve a higher goal with fewer investments. This gives birth to affectivity and efficiency which gets produced by a person looking for a simple solution to complex problems on the limited fund. The process of carrying out innovation in technology involves a lot of efficient handling of projects, collaboration between different departments inside the firm and effective planning and implementation.

The cut-throat competition along with global demand for a new product may force many developers to launch their product early and hasten the entire process and thereby affecting the quality of the product in the long run.

A steady and effective strategy are the sole reasons for the creation of a new system, technology or product and none of the steps mentioned above should be skipped or ignored.

The guidance provided in “Project Management Body of Knowledge”:

The process of managing a new system or project involves a lot of steps, and the project manager should play a leading role in getting the entire process complete. A survey done by a leading business journal found that most of the leading project managers follow the guidelines laid down in the book “Project Management Body of Knowledge” by the publishers from the Project Management Institute. The book incorporated all the small details a manager should take due notice while supervising a particular project.

The book talks about five essential process groups called Initiating, Planning, Executing, Monitoring, and controlling, and Closing. The book has helped several project managers to improve their creative skills and develop a project which existed on papers into real products or services.

Once the idea of the project manager impresses the decision makers and stakeholders of the company, they should back the manager in every possible way so that the job of developing a new product can get done in a short time.

The use of social media platform to collaborate with other entrepreneurs:

On several occasions, it was found that small-time business owner or project managers often collaborated with other entrepreneurs and learned from them to improve their product. The internet plays a leading role in doing so as social media helps people to connect much more quickly than it used to a decade back.

Now, people can use social media to share his idea with other experienced people to gain some trick or tips to improve their final product. The platforms such as Microsoft SharePoint, Jive or Google Docs provided the perfect medium to aspiring project managers to collaborate with other leading entrepreneurs.

Now, the internet not only provided a platform for collaboration, using social media technology such as wikis, blogs, and forums, but an inexperienced manager can also gain a lot of knowledge to polish himself and improve his skills to solve problems or troubleshoot some complicated issues.

As the process of managing technological innovation is a lengthy and complicated process, it requires inputs from several talented individuals opening doors for several small-scale people in business to share their ideas and interact with a larger group of people on a global scale.

The social media played a leading role as it created that perfect platform for a person with least of financial backing to present his idea in front of the world and some cases the process helped them generate funds for his project via some enthusiastic investor.

Previously, the industry saw many such instances in which a person with an excellent idea lost his path due to financial backing, but now with the advent of such social media platform, the problem solved to some extent.

The execution of idea and use of analysis tools to make better decisions:

Once done with the process of collaboration and sharing, the next step involves the processing of all the collected data and builds a final strategy which will be more effective than the currently existing technology or product.

An entrepreneur who has tasted a fair bit of success will always take a creative approach to solve a problem. He will also encourage his teammates to develop an outlook which will involve creative solving process such as the Simplex Process. The entrepreneur thinks of solving problems creatively sees a problem as an opportunity to develop their reputation. Now, the process of identifying the problem may become quite extensive as they often interview customers to make a better evaluation of the current product.

Once done with the step of interviewing, his team will go through all the existing data and conduct extensive market research to get a clearer idea of why the previous attempts failed to deliver the desired results. The approach these groups of people take like interviewing and doing market research massively helps them to identify the problem at the right level.

As they now have sufficient information to develop a product, now begins the phase of brainstorming and discussion; which finally ends with developing a viable solution to cope with the problems the parent product created.

The profit making capability of a project plays the primary role:

A survey of several successful entrepreneurs done 2018 concluded that every entrepreneur uses comprehensive analysis tools to develop an effective strategy which will help them to manage innovation and technology. The analysis tools help the team to create a better image while evaluating the consequences of the project. In other words, the tool identifies the risk factors and also provides a solution to minimize it.

It also provides a better idea to the manager to exploit every viable opportunity while supervising the project. The decision support tool used by many managers uses force field analysis and impact analysis helps in identifying the path with a desirable outcome and also chose the best solution to a problem.

At the end of the day, every decision a manager makes will have a strong influence of financial factors; it forces a manager to calculate the present net value and rate of return to check whether the selected option has economic viability.

The net present worth uses the difference between cash intake and outflow, and the internal rate of return calculates the potential growth of the project. Now, it can get tricky at times to determine the potential financial growth of the project when it is still in its infancy making the entire calculation of economic viability void in some cases.

The leading name when we talk about technological innovation management is Michelle Johnson. She is a Project Management Professional who has been working in the industry for more than 25 years.  Her skills in analyzing knowledge management and instructional design are parallel to none and often regarded as the best in the current industry.

In her career spanning over more than two decades, she helped develop quality training material to enlighten young aspiring managers to think differently and more efficiently.

She collaborated with leading names such as HP, Compaq, Digital Equipment Corporation and many more and provided them with materials for a variety of products and service. Over the last few years, her freelance work gets published on several websites and journals regularly.

<< How to Quickly Solve Your Management Assignments and Projects?

Let us Solve your Homework Issues with Economics Today >>

How to Become a Management Tutor and Earn Considerably? 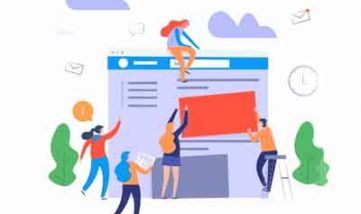 60 Unique Strategies to Complete Your Marketing Assignments before the

How Jack Ma Changed The Way The World Looked At Management?