Economics, a subject that is remarkably interesting and essential to understand local, national and international economy.

Maybe because of its importance and career opportunities along with love for this interesting subject, scholars like you opt for it in the first place.

However, most of the times students don’t consider that apart from studying and learning about different things, there are certain aspects which should be considered when choosing it.

A few of the things include a written examination, assignments, projects, papers, etc. are some of the things one have to complete apart from the syllabus.

In this blog, you will come to know about one of the most difficult topics Growth theory in Economics in detail. It will help you to do well when anything related to it is to be done by you.

This is one of the topics where students get confused and end up making silly mistakes in their paper. That is because this topic isn’t clear to them.

Theories which were developed earlier were concerned with economic growth. Its attempt was finding determinants which applied to various instances when taken under consideration.

Looking at these growth patterns economists tried understanding principles or laws that govern growth throughout the world.

However, modern theories are a little bit different!

It sees growth’s conditions to be different for different places and hence, is quite critical to the fact that one theory will fit all.

Well, the basics are when you get to know it. The difficult part starts when you will have to deal with different types of development and growth theories.

This is considered to be one of the earliest theories that Walt Rostow a historian on the American economy proposed in 1960s.

He was a supporter of market capitalism free market, argued that every economy requires going through several developmental stages for achieving economic growth.

Rostow argued that such stages go through a sequence and can be achieved only by completing a previous stage.

This work from the American points to the fact that savings’ significance for achieving take off. Here, it is necessary for moving or developing from a traditional society to a completely developed one.

However, to understand this model in more detail, you will require knowing about Harrod and Domar’s work.

The savings which play a crucial role in this model is centered on works of Domar and Harrod.

Rostow and these two people’s work determines that two things are essential for a country’s growth rate.

Firs one is, relationship between a country capital stock changes which is increasing capital investment as well as its output is known as ratio of capital output. It portrays how much of new capital is required for creating a specified national income.

And the second one considers relationship between national income and savings which are known as savings ratio.

This indicates the amount that is saved from national income. This model shows how the two ratios affect growth rate.

This is Lewis Model which was presented in the year 1955. It dominated growth theory till 1970s. Many know it as a model of two sectors and a model of surplus labor.

It deals with countries’ need to transform or change their structures which would be away from agriculture.

The argument for this model includes:

Economy of any country will start with two simple sectors, industrial and agricultural. Agriculture under employs labors and agricultural labors’ marginal productivity virtually is zero.

Hence, this shows that transferring workers/labors out of this sector will not reduce an entire economy’s productivity.

Labor is released then for working in industrial sector for more productivity. Industrialization becomes possible at this stage due to supply of increased workers who moved from agricultural sector to industrial one.

Industrial firms begin making a profit that can be further invested in more industrialization. Also, accumulation of capital starts from this point.

When capital starts rising, any other economic development will sustain itself without much problem.

This might sound perfect and it was considered highly till 1970s but there were some issues with this model as industrialization’s benefits can be limited as:

Often gains might leak out from developing countries and find a way to already developed economies which are known as capital flight.

This model assumes product and labor markets to be competitive that might be existing in a real-world scenario.

Lastly, financial gain from industrialization may not be enjoyed by majority of a country’s population.

Now you understand why these model doesn’t work and why it was only famous till 1970s. When these limitations came into light certain flaws were seen.

So, you might understand all these theories and different evaluations makes this topic quite interesting as well as difficult when it comes to writing an assignment on these.

Another theory which you should be aware of is the New Classical theory. It was during 1980s when this was popular.

Mainstream theory opted to reject Keynesianism before returning to Classical market which emphasized greatly on market’s freedom as well as state’s limited role. Both World Bank and IMF quickly adopted this perspective for a better outcome.

What you need to keep in mind is that there are three different approaches to this which emerged during the time.

Approaching of free market; this is a situation in which markets alone are assumed that is sufficient for generation of maximum welfare.

Public choice method is a new classical extreme model that emphasizes all government is not useful or bad as it will lead to corruption and private property’s gradual confiscation.

However, despite all the emphasis’ differences, all have agreed that development should be left to a market as it is the ideal option.

Also, economists believing in New Classical theory, came to a conclusion that to develop every country must have liberating markets along with privatizing industries owned by a state, encouraging entrepreneurship as well as reforming labor markets like reducing trade unions’ power.

However, there is a consensus between economics who believe in New Classical theory. According to them, free trade might stimulate growth. Also, encouraging investment for development.

Moreover, most also believe that it will help economics’ scope and scale’s application along with breaking domestic monopolies, creating an environment with low inflation and increasing competition.

All these might take place if there is trade liberalization!

This theory’s central proposition is that unlike capital and land, knowledge is in no way a subject to having diminishing returns.

What you need to understand here first is knowledge’s importance!

It is true that knowledge’s development is critical for development of an economy. However, you should always remember that to develop an economy needs moving away from a physical resources’ exclusive reliance which helps in expanding knowledge base.

Also, this supports all institutions that aid in sharing and developing knowledge.

Governments should try to invest in this as individuals, as well as firms, have no private incentives for doing it. Let’s see an example.

Knowledge is considered a merit. However, accumulating it doesn’t deprive anyone else of that along with its usefulness to a firm or individual.

Hence, this might be undervalued by firms and individuals though it has the power to increase economic growth as well as increasing returns’ generation.

Therefore, a government should invest in skill and education’s development along with human capital.

Moreover, it should support research by private sector and also encouraging as well as developing inward investment as it will fetch with it new knowledge.

You need to understand role which public sector plays as an investment in the social capital is generally subjected to failing of market. Many theorists support the fact that government should be the one to compensate when this failure occurs.

Have a look at infrastructure and utilities.

Numerous essential utilities such as water, gas, electricity, etc. are monopolies. This is provided by public sector in several countries.

However, undersupply of these utilities because of insufficient public funds then private sector will have issues that will hinder growth.

This is due to industrial sector’s reliance on water and energy for production as well as distribution. Without this, it will have inefficient production.

Similarly, these theorists believe that government should be responsible for finance or seeking it for various infrastructure projects like transport such as rail, roadways, sea, etc.

Massive fixed price along with difficult when it comes to charging consumers or users for goods prevents private sector from supplying these.

State should opt for acting like a financier and producer in such situations. Also, they should offer necessary legislation as well as co-ordinate such projects.

However, you need to keep in mind that projects of these types generates externalities that are positive. Hence, it justifies involvement of government.

For instance, improved infrastructure will lead to increased revenue from tourists and reduction of production costs.

These are the most essential theories you should be well aware of. You might get an assignment where knowledge of every theory requires to write about one particular theory. It will depend on your professor, what he/she chooses.

So, this becomes difficult for students to gather so much information on such a vast topic and provide every crucial detail for submitting a remarkable project.

Hence, most pupils like you face a lot of obstacles when it comes to the topic of Growth Theory. It is vast and offers numerous different views, evaluation, time periods, and more which has to be incorporated into one’s paper.

This is why millions of students every year finds this topic to be quite difficult and makes errors that cause their assignment grades to be lower.

Therefore, always take help of your professor and discuss with your friend, tutors, etc. basically anyone who can help with this topic.

Also, the thing which you should keep in is that this Growth theory is not simply for learning to get good grades. This is come in handy when you work in this field and might require knowing the basics in depth for an ideal prosperous career.

So, hopefully, this blog answers all your question about Growth theory. If any issues arise then always consult with your teachers and professors for an ideal result.

Dana Davis completed her masters in Economics from Harvard Business School and have been a known figure for a decade. Students look up to her for her knowledge and ability to solve any difficulty in this field with ease. Be it explaining a portion or offering information she is the ideal option for students. Hence, most students go to her for assistance.

<< Are You Planning To Pursue Economics? Here is Some Relevant Information about This Field

The Secret Tips to Make Investments Like A Pro And Secure The Future! Stay Tuned >>

5 Simple Economics Homework Tips Which Will Get You Top Grades 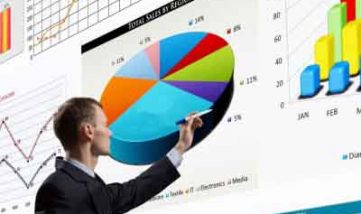