Discount received and discount allowed is taken as cash discount which is displayed in the additional discount column of a company’s cash book. At the time of payment, these cash discounts can be received. This has to be entered and recorded by that company in their cash book into their credit transaction section. This procedure of transaction record has to be followed because of market competition. Sellers use these rebates and discounts to attract purchasers once their commodities are vended on credit. These discounts act as a stimulus for those buyers to make an early payment.

On making an early payment, certain discounts are allowed to debtors by the company. You can find given discount displayed in cash book which is entered on the debit side of it. This is done because expenses are deducted for a hike in amount. Discount is regarded as an expense because it is given by companies against payments which they receive on the transaction with other parties.It is also an advantage for those other parties as they too have to pay less due to that discounted amount.

Any smaller paid amount is called discount received. The received amount or income after imposing a discount is recorded in cash book at its credit section. The discount column displays real discounted amount which is given as well as received at both credit and debit section of the cash book.

In this case, discount columns of both credit and debit sides are totaled individually. The format in which discount column is prepared is discussed here.

The resemblance of the composition of double column cash book is similar to usual cash book. In here, the discount is the only added column that can be found here. The discount column is generally described as discount received which is displayed at credit side, and discount which is given or allowed is showcased at debit side. To explain in a simplified way, suppose you are a debtor who has paid $1990 to a company whom you are dealing with. That company has allowed you a discount of $10.

Transaction according to cash book shows that you were a debtor of $2000 before a discounted amount was presented to you. That given $10 as a discount was presented to you because you choose to pay earlier. Two columns which are displayed in cash book are discount and cash. Because of Principle of credit and debit and also being a receipt, transactions of it is entered at debit section of cash book.

According to such rule, in the debit section of cash book, the entry will be made of discounts. This is because these discounts are a type of expense whose increase is displayed debited in cash book.

Suppose you are being paid $20 by a company as a discount when you pay them $3000, you will find the entered transaction to be displayed at credit section of the cash book. This record is because of that transaction being a payment. Here, cash is credited on it being decreased. Similarly, cash is being credited on it getting increased when it is accepted as discount received. This received discount is a type of revenue or income. 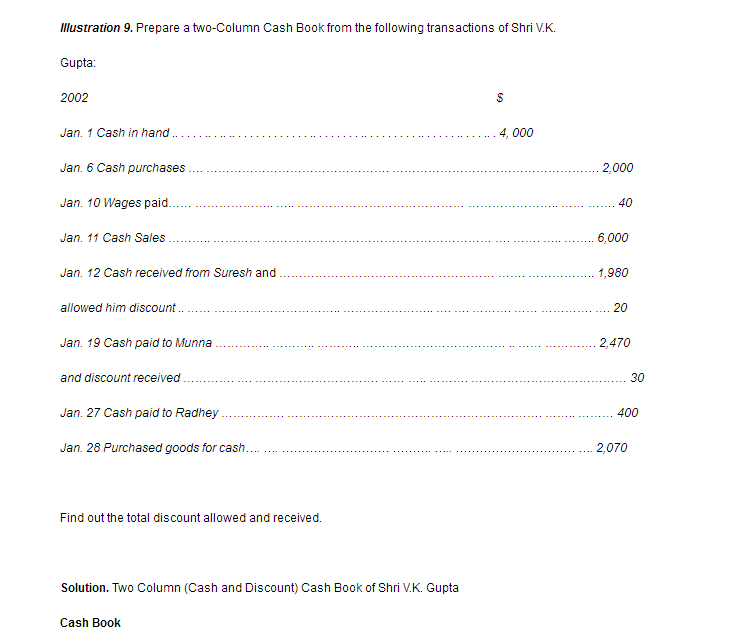 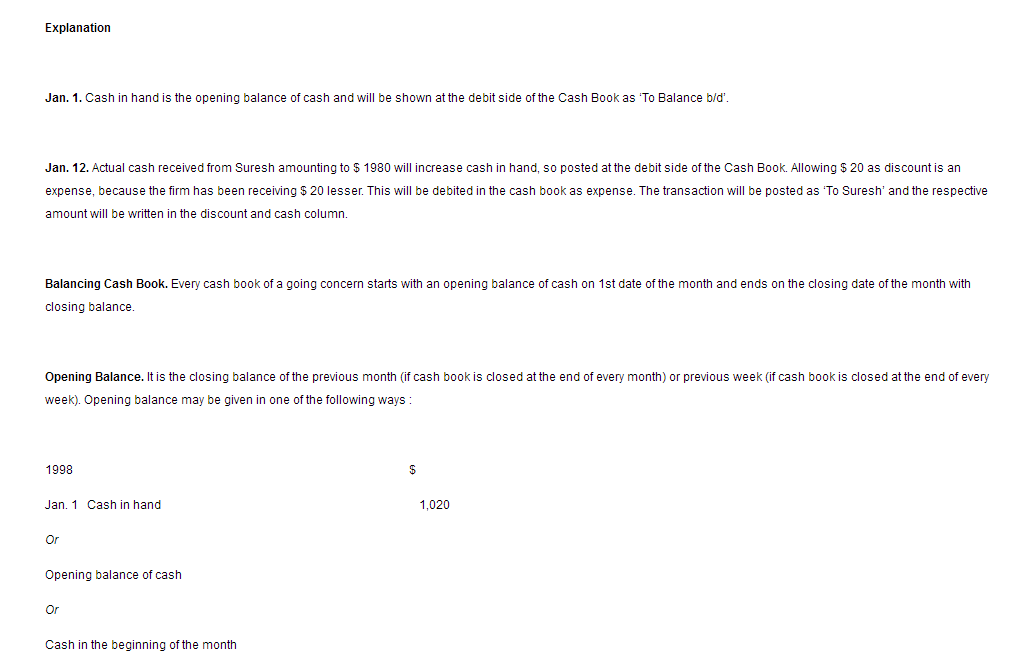 Links of Next Accounting Topics:-