Are You Simply Tired of Answering Routine Questions in English Literature? Twist and Discover New Facets of the Subject!

Now, now, now, what Iâ€™ve never ever understood is peopleâ€™s dislike or hatred for English Literature. Literature of every language that there is, is bound to be interesting because of the profound knowledge that it can help you impart. Literature is not just you answering a few bunch of questions to pass or to score well in assignments or homework, it is the poetry of Shelley and Keats and the plays of Shakespeare and the novels of the Bronte sisters.
If you havenâ€™t been able to love English literature, your life is seriously directionless. Unless youâ€™re someone who has problem with understanding the language itself, to not love the subject is baseless. Probably the only reason behind your hatred or dislike for the subject is your lack of knowledge of it.
Being one of the most vast languages ever with the influence of Scandinavians, Greek, French, Latin and Norse in it, English Language has the vastest vocabulary in the whole wide world. No other language has as many words and as many speakers as English does which is precisely why English Literature is such a deep subject.
History of English, as a language
Now, the most important thing that drives us away from studying a particular subject is our lack of love for it and best solution to make you love the subject is by going through its history. Before we step to the history of English literature whose tracing is next to impossible because of its vastness, letâ€™s learn about the history of English language.
Scandinavian
When English were invaded by the Scandinavians, they had to communicate with the common men which is precisely how the common men had come to learn the Scandinavian language in such a manner that the pronunciation of various words came to become Scandinavian. They have contributed more prefixes and suffixes to English language than any other.
Greek and Latin
Greeks and Latin again went on to influence the English language in ways unimaginable. They contributed words in the English Bible thereby transforming the English Bible to a large extent. In fact, if you do not know yet, the English we now speak has more Latin and Greek than the old Norse English itself. Old English is something that hasnâ€™t been able to survive and except for the excerpt of Beowulf in old English and a few Elegies, there are hardly anything left.
French
Now, the most profound influences of all time was, the French influence. In Norman Conquest of 1099, French came to England and lived there for centuries thereby having a huge impact on all aspects of the public life. And since all aspects of the public life were as influenced by the French as they were, the English language was no exception. The French were the masters of the nation and this is exactly why the common men had to learn their language instead of the French learning theirs.
Starting from the political words like parliament, government, feudal, fief, minister, council and prince to the military words like guard, officer, cavalry, army, navy, chief and art words like art, music, theatre, culture and all such common words, the French influenced the English language more than you can imagine. More than half of the words, in English, today, are actually French.
With all the other languages having influenced English as positively as they have, English is now a culturally and linguistically rich language with borrowed words from almost all languages out there.
Why you might find English literature drab and boring?
There is a pattern you need to follow when you start reading books. Not every book is meant to be read first. If you start only with the books that youâ€™re taught at school with zero book reading at home, it is actually no surprise that you find English literature and its question and answers boring.
Starting from the fifth grade itself you must start reading books apart from what youâ€™re given in school. This will not only increase your vocabulary and idea about the works of the writers that youâ€™re told to study but also make literature an interesting subject for you.
5 must read books for 10th grade students
If youâ€™re in 9th or 10th grade, these are the books or the series of books that you must complete before joining junior year

5 must read books for Senior Year students
Now, since youâ€™re older than you were in 10th grade and will be joining college soon, these are the books you must read before you join college:

Also, since youâ€™re getting done with school, you must try reading various plays too. Shakespearean plays will supposedly make the best read, if you ask me.
Books you must simply must read to love English Literature
If you are in the path to loving English literature, here are a few books that you simply have to love:

If these books donâ€™t help you love English literature, I do not know what will! Apart from these books if you wish to read books that trace the social abuses, you can try reading A child called it by Dave Pelzer.
Why is literature such an important aspect of life?
Literature, especially English literature is more of an important aspect of life than you might now realize. Reading is not merely done as a hobby and itâ€™s not just for going through and forgetting. Reading opens your mind to the whole new world outside. Reading makes you wiser and smarter in ways that you never would have thought was possible. In fact, if you read a lot, even those drab and boring answers will have a new formation giving them an interesting touch instantly. Literature is not a subject it is a way of life.
Why must you read?
You must read to excel and to know of the atrocities of the world and the beauty in people. The more you read, the more you understand people and the less conservative you become. Your judgemental attitude will tone down to a whole new level thereby making you more tolerant of the fellow human beings and their lack of anything that might have persuaded you to judge them in the first place. Reading makes you a good person basically if you choose your books wisely.
Why must you seek help for English literature?
You must seek help for English literature because it is a subject with many possibilities. With the limitations being so few, you can discover a whole new world in the world of the literature books if only you know who to seek help from. You will never have to worry about writing your answers flawlessly again because you can do it all by yourself.
This one help by the online assignment making companies who have professionals of every field will be enough to help you love the subject that you once found boring. If this article has helped you in any way, make sure you go through, â€˜Steps to make sure that your essays are informative and make an interesting readâ€™.

← Prev: 7 Secret Hacks to Make Mathematics Easy Bored of Completing Homework in a Routine Manner? Tweak the Process to Garner More Interest in It! → 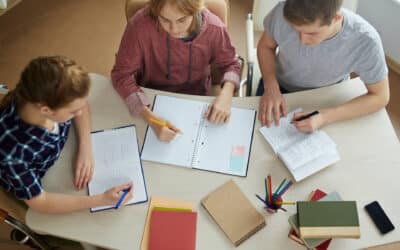 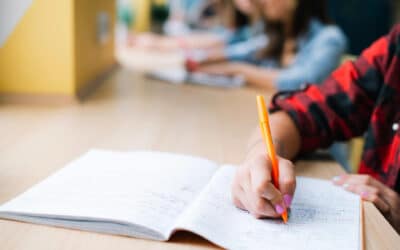