How many of you are obedient? Now, you may wonder what I am asking! Well being obedient to others is something really worth to be appreciated. But does it mean that you have to blindly listen and follow whatever you are told or taught to believe? Well, you need to find and understand the logic behind believing something. Just because the elders or the textbook claims a fact to be true, it does not mean that you will start believing it without even understanding the logic or explanation to that statement.
Biology is one of the most logical subjects you will come across. â€˜â€˜Biology transcends societyâ€™â€™. You will get a satisfactory explanation to each and every concept that you come across. It is believed that â€˜â€˜the first step out of the age of chemistry and physics has been made and the step into the age of biology is in process.â€™â€™
In spite of being logical, like every other subject, there are some misconceptions which are prevalent in Biology too. Well, being a biology student myself, I had certain beliefs in my subject which later proved to be misconceptions. Both biology majors and non-biology major students are said to have agreed with common scientific misconceptions, as per a study conducted at Northeastern University by Cognitive Psychology professor John Coley and his team. However, the students of biology major proved their agreeing or disagreeing with systematic reasoning. This proves that biology education is reinforced with ideas of logical thinking.
However, no matter what the results are, it is evident that biology students have certain misconceptions regarding their subject. Students often find it difficult to understand various concepts right from the time they started schooling. It happens that as they grow up, they get confused with the ideas they had learned in junior classes and are thus left with certain misconceptions in biology. It is due to these misconceptions that they tend to make some major mistake in their biology homework. Being a sufferer myself I am here to clear some common misconceptions which students of Biology should not have while doing the homework.
The 8 most common misconceptions which may affect your biology homework:

This is the most common misconception that we have while doing our biology homework. Any scientific theory is based on explanations of a particular aspect of science which is based on several evidences. For instance, the gravitational theory depicts how all objects go around in gravitational places. The scientists have supported this theory by providing several data and observations, conducted on Earth as well as space.
In the same way, the theory of evolution is not at all a guess which people often rely upon. It is a theory explaining various situations which take place depending upon several data and observations. People have only absorbed incorrect or partially incorrect information. The biggest misconception regarding the theory of evolution is that we human beings have evolved from monkeys. It is stated that the original population in the Earth was neither monkeys/chimpanzees nor we the humans.

One of the basic aspects in the course of learning Biology is that of food chains and food webs between organisms living in an ecosystem. There are students who assume that that the two apply in different ecosystems. However, the truth is that food chain is just a simplification of food web which shows how much energy passes through one path of the web. Some other misconceptions are that students include only prey and predators in their webs. They neglect including the producers which are there at the bottom of the web and play a major role. They even focus on one food source while talking about relationships between organisms.
Some students even assume that all carnivores are larger and bigger than all herbivores. The truth is that there are some carnivores which are comparatively small and weak like birds, spiders; and there are some herbivores like bulls and gorillas which are larger and powerful.

This is a misconception which I had till the secondary level of my education. Like many other students, I too believed that intestines called as small are indeed smaller in shape and the intestines known as large are truly longer in shape. Whereas the truth is exactly the opposite. The intestines which are believed to be small have a measurement of 20 feet with a diameter of an inch. The larger intestines have a long size of 5 feet with a diameter size of 3 inches.
So, the next time you need to do biology homework, remember this important fact.
In case you want to have further knowledge regarding this, you can refer to â€˜â€˜Take advantage of biology homework-read these 5 tips.â€™â€™

Well, being a girl myself, I had this misconception right from my childhood days that we daughters inherit our mothersâ€™ characteristics while men inherit characteristics of their fathers. However, the truth is that an offspring acquires an allele from each parent, with only the dominant allele displayed as chief characteristics.

Most of our general textbooks certifyonly humans and animals can have sexual reproduction. But the truth is that even plants have such reproduction. It is believed that only small organisms can have asexual reproduction, thus ignoring the other difficult types of reproduction.
For any student who is willing to score good grades in biology, it is important that he clears such misconceptions and makes his way to a successful career in biology ahead. In case you have any other problems in understanding such concepts, you can take help of various professional websites, who are there to provide you all sorts of educational help.

<< 10 Important Facts That You Should Know About Physics Homework

How to Motivate Your Child for Doing His/Her Assignments? >> 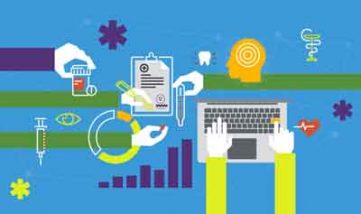