How Statistics Education Can Help The Mental And Physical Fitness In Developed Countries?

The perils of development are often seen in countries like USA and UK. Physical fitness levels are abysmally low in these developed countries. The people think that they are active but they are not.

Factors like leading a sedentary lifestyle, minimal physical exertion, overeating and eating disorders are affecting the health of the people. Low levels of fitness can result in self-esteem issues and deteriorating mental health.

Physical fitness refers to the state of the body in which it can perform daily, rigorous tasks with minimal effort without getting fatigued. It is also needed during times of emergency.

It comprises of components like flexibility, endurance, agility and speed. In addition to this, a person must also have optimal body weight and great mental health.

To maintain impeccable fitness levels it is recommended to do regular exercise. Leading a disciplined life along with making certain lifestyle changes guarantees a good physical state.

Physical fitness levels differ from each person. Every human being is born with a different body frame, structure, genes and constitution. The fitness level must be achieved by keeping these things in mind.

Physical fitness levels in the USA

Statistics say in countries like the USA, people have developed a sedentary lifestyle and are overlooking their physical fitness. They have become daily consumers of junk food and high-calorie drinks.

It seems they have become couch potatoes who are complacent and have a laid back approach towards life. There is a huge amount of physical inactivity among residents of the US.

Surprisingly, Kentucky has the highest rate of inactive adults in the country. They have not indulged in any form of physical activity for one month. About 28% of Americans are physically inactive.

The declining physical fitness levels lead to a plethora of diseases. Obesity is one of them. Studies like the 2018 Physical Activity Council Participation Report shows that 28% of the Americans are inactive.

Only 21% of the American youth meet the standards of the Physical Activity Guidelines. It seems to have a complicated relationship with exercise.

According to CDC reports, women exercise less than men. In many parts of America, physical fitness standards vary with the levels of income.

It has been observed that obesity affects over 37.9% of adults over the age of 20. An average American weighs more than a normal human being.

Americans spend over $20dollar over weight loss schemes but are unable to achieve their goals. They burn about 140 to 150 fewer calories than they did 50 years ago.

Statistics say about 90% of American high school students do not get regular physical exercise to remain fit. Half of the people starting an exercise program would drop out in the first six months.

Causes of obesity in the USA

The US Department of Agriculture states that the Americans ate 20% more calories in 2000 than they consumed in 1983. There are reports which suggest that by 2030 about half of the adults in the United States would be obese.

The main reason for obesity is that individuals consume more calories than they physically burn or use up in their body. Excess calories cause a surplus and lead to increased weight. Unhealthy food choices make a person obese or overweight.

Intake of fast and junk food is common in America. Due to the increasing food outlets and food ordering apps, having high-calorie foods has become possible.

As per statistics about 90% of Americans consume more sodium than is recommended for a healthy diet. High Fructose corn syrup consumption has substantially increased in the last few years.

Excessive consumption of unhealthy food causes thyroid, depression, stress, excessive weight and hormonal imbalance in the body. These diseases greatly affect the psychological make-up and bodily constitution of a person.

Binging while watching favourite television shows has also increased in the US. Children spend over seven and a half hours a day in front of the screen. Over four years each hour of television added an extra 0.8 pounds.

Excessive sleeping or sleeping too little also affects health. It reduces movement and causes inertia in the body. It is important to take regular 8-hour sleep and maintain optimum body weight.

Partake of alcohol and excessive smoking deteriorates health. It is an individual choice which goes a long way in determining perfect physical fitness. For example, drinking whisky causes eye bags.

Talking about technology and scientific development, it has made us its slaves. Mechanized household chores also reduce manpower. There are a variety of machines available to ease the human load. Relying on cars and vehicles has also restricted bodily movement.

Physical fitness in the UK

The rising obesity in Britain has been termed as a matter of national emergency. The UK has emerged as the region having the highest obesity in Europe. Lack of physical activity also leads to non-communicable diseases which are difficult to cure.

The people living in the cities say that they are bombarded every day by the food industry to consume more food. The prevalence of obesity in the UK has increased by 400% in the last 25 years.

Two-thirds or 62% of people living in the UK are obese or overweight.  This has occurred mainly due to an increased number of supermarkets and fast food outlets.

Log hours of work and desk-bound employment are also the causes of the increasing problem of overweight. People are doing their work sitting on the desk the whole day. This causes an extra-weight around the waist.

In addition to this, the disposable income of people has increased. These factors have resulted in less home cooked meals and less physically demanding jobs.

From 1993-1998, the sales of snacks tripled in England. A large number of people do not know the basics of cooking food. This makes them hugely dependent on the food available in hotels and restaurants.

Huge portion sizes at a low price have also led to the problem of being overweight. They lose their appetite and the body is devoid of necessary nutrients.

In the UK, 79% of the children have failed to meet fitness standards. According to reports, London recorded the highest proportion of adult indulging in aerobic activity. West Midlands was the lowest.

Men lead a more sedentary life than women. They spend about six hours or more in front of the TV. The fitness levels of men and women are different and do not qualify the CMO’s recommendation.

Physical inactivity was the main cause of deaths in the UK. It also imposes a significant financial burden. This causes several diseases which can imbalance the body and make a person kick the bucket.

However, as of the 2018 State of the UK Fitness Industry Report, the fitness levels of people are increasing. More gyms have been built with many members and increased market value. The total numbers of fitness facilities have increased from 6,728 to 7,038.

Walking and running for about 30 minutes a day is necessary to maintain fitness. A person of any age can walk or run mildly for some distance. It is often said that to burn fat a person must perspire while exercising.

Yoga exercises and the different poses bring about stability and increase a person’s flexibility. A person must also take care of his/her breathing patterns while performing poses.

Yoga poses can escalate the bodily activities and bring about spiritual peace.  They help eliminate body fat and produce well-toned and svelte bodies. A person’s overall health can be increased by practising yoga.

Dedicated practice of yoga makes a person physically active along with increasing fat-burning capacity of the body.

The genetic make-up of a person can also be challenged through a regular yoga regimen. It also makes the body agile and enhances neuro-muscular co-ordination.

It is said that doing regular exercise induces feel-good factor hormones called “endorphins”. These are responsible for maintaining a good mode throughout the day.

They provide self-confidence and boost self-esteem. Moreover, they also raise the happiness quotient keeping stress; anxiety and depression at bay. They make a person in his/her skin.

It is recommended that short term vigorous exercises produce the same result as long term moderate exercises. It is also important to follow the required techniques for doing a workout.

Simple activities like climbing stairs and taking walk breaks during a workday can produce benefits.

Interestingly, exercises such as stretching increase the joint flexibility and the range of motion. Some aerobic and anaerobic exercises increase the body’s immunity.

Workouts like aqua-jogging can decrease strains and sprains. It makes the legs strong and raises the endurance level of the body. Exercises like sand-running are also effective to lose weight and become fit and healthy.

Similarly, hill sprints and mountain races make the lower body strength. It tones the legs, hips and thighs. Army men are often trained to do mountain climbing and rappelling.

Research shows that people who are more fit during their middle age have less chronic illnesses.

It also raises the metabolism and makes a person look attractive. Moreover, it is recommended that a person must exercise in the open. Fresh air accelerates body functions and leads to maximum intake of oxygen.

Mental health is also an essential component of fitness. By doing these exercise a person can achieve better cognitive functions. Brain power and memory are increased greatly.

In addition to this, the quality of sleep is also improved. This leads to rejuvenation of the body leading to better functioning. Proper rest produces an impeccable state of the body.

The above exercises create a calorie deficit in the body which wards off excess fat and keeps a person active. However, overdoing exercises and physical activities may do more harm than good.

Other things such as eating home-made food and controlling portion sizes are important. Having a well-balanced diet consisting of all nutrients in the right proportion is a must.

Summing it up, people living in developed countries can make efforts to increase their fitness levels. People can become more health conscious and strive to become fit. Making certain food choices and lifestyle decisions can change things for them. Intake of a nutritious diet and following physical fitness regimes can be useful for good health.

Michelle Johnson happens to be a prolific writer with unparalleled knowledge about various subjects. She has great writing skills and is bestowed with a repertoire of skills. She writes wonderful samples which are coherent and well-worded. She has passed from the University of Harvard with an MBA degree. Her additional six years of experience make her the most reputable authors of America. Moreover, her writing skills are par excellence. She can critically analyse any piece of writing under the sun. Eminent scholars find her samples to be extremely informative with crisp content.

What Do You Understand By Gross Domestic Product (GDP)? >> 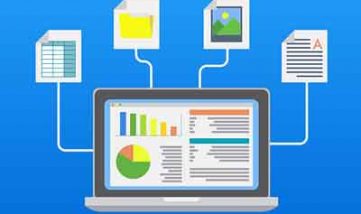