The substances that act as energy sources are called fuels. Fossil fuels are basically buried organic matters that can be converted to coal, crude oil, natural gas, etc. The conversion can be done through application of heat and pressure on the crust of earth. The fuel which is available readily at low rate and generates reasonable amount of heat on burning is generally considered to be a good fuel. The calorific value of a fuel is the amount of energy 1kg of that fuel produces. An ideal fuel is the one which completely burns in air and produces large energy amounts at a moderate rate. Such properties arenâ€™t possessed by any fuel, so obtaining ideal fuel is not easy.Â  Burning of fossil fuels is known to be harmful. Fossil fuel burning and consequences homework answers are what a lot of students are looking for.

What are fossil fuels?

You will often hear it in radio, television and newspapers that the present supply of fossil fuels is not at all sustainable and these non-renewable sources of energy will eventually run out. Well, as a matter of fact, it is true. It is one of the consequences of fossil fuel burning. As the name would suggest, fossil fuels are formed from decayed remains of animals, plants and vegetable matter over millions of years ago.

With the pressure and heat of the Earth, these carbon-based substances were converted into combustible substances which are nowadays called coal, natural gas and petroleum. The formation of fossil fuels is often a major part of fossil fuel burning and consequences homework answers. These fuels have become a major source of energy over time. This is because they are generally considered to convenient, effective and plentiful. However, these organic deposits known as fossil fuels are non-sustainable, which is a major concern considering its heavy usage nowadays.

Fossil fuels are useful but there are consequences

There are several advantages to fossil fuels. Burning of these fuels provides the energy and heat for the homes. Also, the diesel and gasoline oils are vital for transportation. The modern world is heavily dependent on these sources of energy. For your fossil fuel burning and consequences homework answers, it is important that you know that how these carbon-based substances have made homes more comfortable and transportation a lot easier.

While it is completely true that fossil fuels have made a huge difference to the present-day world because they are the primary sources of energy driving the modern world, these fuels sources are being extracted and burnt at a much faster rate that they can be replenished naturally. This is why they are known as non-sustainable sources of energy.

The burning of fossil fuels is perhaps enough for providing the world with the short-term energy that it needs but doing so release several harmful gasses. These emissions are both polluting and toxic in nature and affect the animals, plants and the delicate eco-system of the planet. As a matter of fact, some of these harmful emissions ae responsible for climate change and global warming. So, the consequences of burning fossil fuels are too huge to be overlooked.

Students who have homework or assignments on fossil fuels would definitely want to know about the significant impact that the burning of fossil fuels have. It will surely help them with their fossil fuel burning and consequences homework answers. Here are some major impacts:

What is the solution?

Even though fossil fuels are accepted widely and used all around the world, there still exists certain ways in which these substances can be made less polluting. For example, the use of clean coal technology mixes renewable biomass material with coal for reducing the harmful emissions. Development of hybrid vehicles that run on both LPG and gasoline is also a great solution.

For replacing the excessive dependence of people on fossil fuels, alternative fuels are being developed and discovered on an everyday basis. It remains to be seen whether fossil fuels will remain the major supply for the energy requirements of the world, or if other renewable sources of energy like wind, hydro and solar energy will surpass over time the use of petroleum, coal and natural gas. Still, it is extremely important to realize that the supply of the non-renewable fossil fuels is limited and they must be used in a wise manner.

The problem might be large, but there are a few steps you can take individually for reducing it. By reducing your own energy use and being more informed on the matter, you can help reduce the impact of fossil fuel burning. Here are a few things you can do:

How to Become an Accounting Tutor and Earn Well 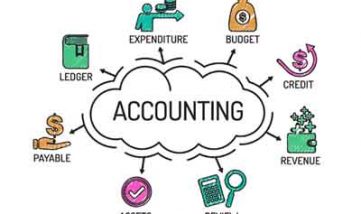 How to Solve Academic Problems in Accounting

100 Most Effective Ways to Finish your Taxation Homework