Importance of Linguistics and Its Use in Professional Life

Nelson Mandela has so aptly said,
“If you talk to man in a language he understands, that goes to is head. If you talk to him in his own language, that goes to his heart.”
It is a very true fact that language is a road map of various cultures. It clearly states where people have originally come from and where they would be going.Linguistics or the study of language explains the same theory of language origination and how itâ€™s various parts helps you in your everyday life.
No matter what profession you choose, you cannot expect to speak anything illogical and earn the respect your colleagues. When I speak properly with correct pronunciations and use correct grammar format, I can create a certain impression of myself in my professional field.
What comes under Linguistics?
Linguistics is a broad area which has a structured form consisting of the study of:

Why is linguistic important?
Linguistics or the study of language has way too many topics under it. Mainly it is used to understand and answer few factors like:

The answers to these questions serve the answer to the importance of linguistics.
<I> how languages vary from one another?
Languages are the mode of communication without which we cannot talk to people and understand what they are saying. Without language we cannot convey our hopes or aspirations, appreciate topics of literature or any other subject, admire a good piece of poetry, take pleasure listening to songs and grasp the history of any country.
In the year 2009, Ethnologue published by SIL Internationalpublished a classified list of 6,909 spokenlanguages in which a certain number of distinctlyaltered languagesare also included.
It is a very interesting fact that most of the languages belong to the same family group. The variations among languages are basically due to the technique of speaking divided by topographical boundaries. You can clearly understand the distinct difference in languages when you leave a certain geographical area and enter into another. It may be a slight change in their dialect or pronunciation differences.
For example, the people living Spain speak both Spanish and Portuguese, which is prevalent in Northern Spain.
English: How are you? Iâ€™m fine, thank you.
Spanish: CÃ³moestÃ¡s? Estoybien, gracias.
Portuguese: Como vocÃªestÃ¡? Estoubem, obrigado.
As you can seefrom the previously stated fact, the pattern is the same except the way of pronunciation and some additional words in them to complete it into a sensible sentence. If I can understand Spanish, I can as well understand snippets of Portuguese too.
<II>How is language deeply imbedded in the sub-conscious mind of human beings?
When you are afraid or experience an extreme adrenaline rush, you start communicating in your mother tongue irrespective of the place you stay. It is because your mother tongue is deeply lodged into your brain and being a comfort source of communication you use it to ask for help.
It is also seen that a person who is suffering from partial memory loss or amnesia may forget every incident, but the person will never forget the native language with which he or she has communicated in their whole life. Even after forgetting everything no person will say â€˜fine Iâ€™m thank you.â€™ The person will automatically say â€œIâ€™m fine. Thank youâ€™ the same way he or she has been taught throughout their childhood.
<III>how children come to understand and communicate in a language?
It is a medical finding that a child in a mother’s womb can learn various things from its mother. The human mind being a kind of super computer itself can decode emotions camouflaged under language. This is the reason why a new born can find itself attuned to its motherâ€™s voice.
You may also have noticed that those children whose parents are bilingual or they both speak in separate languages, they start speaking in both the languages from a very early stage. This can happen in thecase of those children who live with their family including Uncle and aunts and grandparents. Their understanding and speaking tendencies are way swift than those who stay in nuclear families.
<IV> Differences between a language in general and of a specific language
The universal language, English is the most sought out and easily understood language when it comes to communication at a greater level. It would be a rarity to find a person who is monolingual (a person speaking in a single language). Most of the people are bilinguals (people who can converse in two languages) or multi-linguals (people who know and can converse in more than two languages).
If Iâ€™m an American or a British whose mother tongue is English, and Iâ€™m learning a different language, say Spanish; I can understand the pronunciations and the grammaticalities, but I cannot achieve the same pattern of speech as that of the native speaker.
You can take any song of Enrique Iglesias, the famous Spanish singer, and listen to the variations of his accent, the dip and pitch of the words and the rolling of the tongue while pronouncing words. You can try the same, but it wonâ€™t be as accurate as a Spanish speaker.
<V> How influential is a language when you interact using it with people in various levels of society?
A prim and proper method of communication is effective when spoken at correct times and to correct people.
When you meet your best friend you wonâ€™t say â€œHow are you, my friend? Itâ€™s a pleasure meeting you.â€ This wonâ€™t be the way how you greet your friend. When it comes to your friends, the communication will be much more cordial than you speaking to your elders or your seniors at your work place.
In the same way, when you order food from food carts your method of communication is casual as compared to ordering food in restaurants.
Uses of Linguistics in Professional Life

← Prev: 7 Ways to Make Your Online Essay Writing Interesting How Can Good English Help You in Fetching More Marks? → 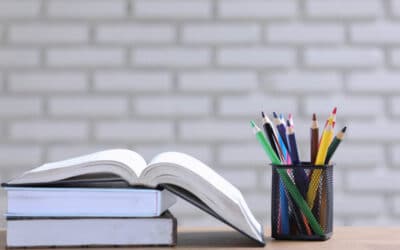