Criticism of HRM approach to ethics

According to certain academic critics, the role of HR management is simply not up to the mark because there is no independence in their work process and hence they are rendered powerless. The primary aim of introducing equality and humanization in the workplace is negated with the HR management having no role to play before management demands.

According to Tim Hart (1993), there are primarily 3 criticisms in regards to concept of HRM.

Since the work of other management specialists is limited to a certain extent hence, they do not receive any criticism.

The concept of ‘welfare’

There have been a number of people who have held an important position in the HR department but have nothing to do in general with ‘welfare.’ According to certain critics, it is best that personal managers are restricted to their owndomain so that they do not interfere with the work process of professional managers.

The major point of conflict that most administrators check out is that,the HR team is constantly guarded by the management team and they have no individual existence, which is why the whole role of HR team is negated to a great extent.

The major disadvantage associated with HR team is that they are appointed by the managerial team to be a part of the daily workforce. There is no independence in the sense that the chartered accountants associated with the company also have a certain external audit to voice their demands, but it is not the same with HR team of a particular company.

However, this change in format of general arrangement came in during the periods of 1990’s and 1991’s, wherein certain discussion was started off. As per record, it was found that in case of any conflict, the HR management brought forth a series of ideas and argued vigorously in favor of a combination of efficiency and work procedure. Though, their work defines them as an important part of decision making, however, in reality, it is far from the truth of the workforce that they actually hold.

During the 1970’s, this whole concept of a deviant innovator got through in the works of Legge. According to her, the set of conventions associated with employment security and job profile of managers were placed in such a manner that there were high chances of people missing out the deadlines.

The managerial position is taken into consideration wherein they are accepted by their managerial colleagues with the wholesomeness of the fact that their work process is not up to the mark. Also, they have no right to the management team in any manner and are only concerned with their own set of values.

Lob enrichment and humanizing the workplace

The important point to note is that the HR managers have in no manner moved away from the concerned idea of ‘welfare.’ Rather, they have gone against the paternal view of welfare to a great extent. When it comes to ideas of welfare, the general proposition is showing some materialistic aspects and ensuring that there is a superficial sense of joy. It is this idea that these HR managers are trying to move away from.

They believe that, rather than mourning or placing ideas on what happened, if that energy is spent on understanding the scenario against which this happened, it would suit the purpose of welfare in a better manner.

In certain business undertakings, HR management in present times has taken together their management counterparts to provide a wider view of the aspects that are being carried out. The prime idea is to humanize the workplace since they believe that only when a particular company would get a competitive edge over others, courtesy to the correct management of resources (employees in this case) can it be successful.

What is important is providing employees proper training and removing the hefty structures that hinder their work pace. On the whole, it is important for workers to be able to function in a free environment that is far from the concept of paternalistic well-being of the workers. 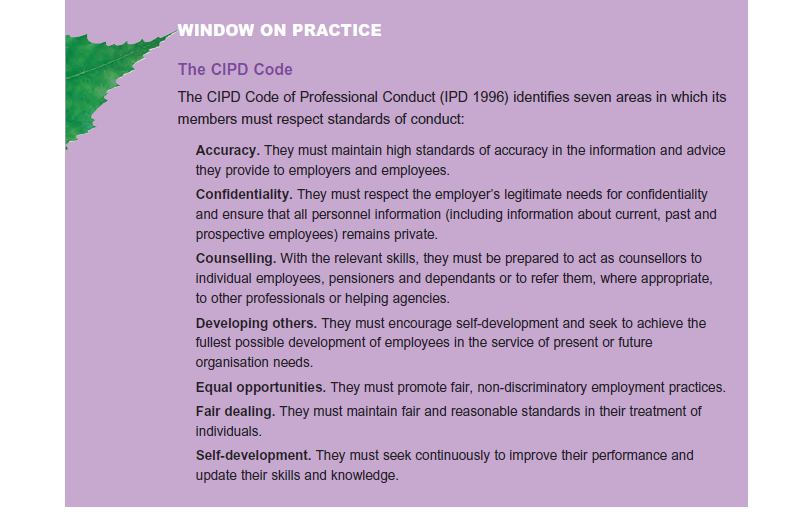